In honour of St Patrick’s Day, I’ve decided to create a tribute to one of my favourite things about my ancestral homeland – silly sounding names.

Irish names can be uniquely hilarious, both in terms of their construction and by how clearly Irish they are. You’re not often confusing someone with an Irish name with someone from anywhere else in the world. Of course, there are some Irish names (Grant being one) that are a bit more generic, but we’re talking about the cream of the crop here. The O’s, the Mc’s and the McO’s. Not sure what I mean? Have a look at the Troy O’Leary All-Stars.

Troy O’Leary: Maybe it’s the sun, maybe it’s the baseball, but I have a hunch that man is not in or from Dublin.

Back in 2006, Bill Simmons, as he is wont to do, created the ridiculous concept of the Troy O’Leary All Stars. These were African-American professional athletes with incredibly Irish-sounding names, like O’Leary himself. This is significant because A) Only about 1.4% of the population of Ireland self-identifies as black and B) the names themselves are so recognizable. I’d forgotten all about this phenomenon until this past NFL season, when I began to notice a preponderance of Irish-sounding names attached to African-American players.

In honour of St Patrick’s Day, I decided to do a little experiment. Even though I’m a huge Green Bay Packers fan, three of the closest people in my life – my wife Emma, brother Patrick and best friend Craig – know little to nothing about the NFL. They might watch a game here or there, but it’s just not their jam.

So I decided to set up a little test: NFL Player or Obscure Irish Musician?

Ten names, plenty of ambiguity! Each person gets to guess. Each person is in a makeshift isolation booth (also known as ‘the Internet’) so nobody is privy to anyone else’s answers. Whoever gets the most right saves themselves from public embarrassment. Hooray!

If you’d like to play the quiz before reading the article, here is the list of ten names. Feel free to play with a friend or enemy and then read on to check your scores. You could just Google the answers yourself, but I mean, come on, don’t be a dick. 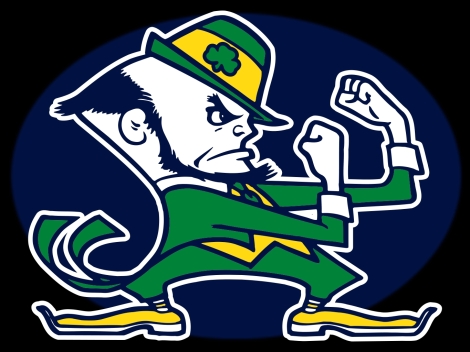 May the luck of the Irish guide you through!

Dan: OK guys, is everybody ready?

Craig: This is going to be damn near impossible for me, but I’ll try. Thanks for nothing.

Dan: You know I’m putting this in the introduction, right?

Emma: No! This is totally off the record.

Dan: We never said that.

Emma: I’m your wife, I SHOULDN’T HAVE TO SPECIFICALLY STATE THAT!

Patrick: Enough chatter nerds! Let’s get down to business already.

Dan: And away we go!

Dan: Wow! Our first sweep and everyone is correct. Had anyone ever actually heard of Cortland before? He is kind of famous for being a wang.

Group: (A combination of disinterested silence and shaking heads)

Dan: OK then! Well he’s a cornerback. But you guys don’t watch football, so that’s meaningless for you. Let’s move on.

All select ‘Irish musican’, and are correct again! I’d think these guys were cheating if I hadn’t questioned them all completely separately and if they weren’t my closest friend/brother/wife. You’re right, that makes me suspect cheating all the more.

Dan: Correct again. Maybe I made these too easy. For posterity, Andrew Hozier-Byrne is the full name of popular musician ‘Hozier’. You know. The ‘Take Me to Church’ guy.

Emma: I didn’t actually know Hozier was Irish, but that name is too distinctive. You’re giving them away!

Dan: Don’t worry, we’re just getting going. Everyone is 2/2 so far.

Patrick: This quiz is kind of a number 2 so far. And I knew Hozier was Irish.

Patrick: Irish musican for sure.

Emma: Irish. Isn’t that a guy from the Pogues?

Dan: All correct again, dammit. And yes, Jem Finer is the banjo player (among other things) in the Pogues.

Dan: Alright we need to gear this up a bit!

The group is once again of a like-mind, unanimously selecting ‘NFL Player’. Dan is seriously beginning to suspect collusion; however this time…

Dan: Incorrect across the board! Finally. I was beginning to doubt my selections. Rickie O’Neill is in fact, the current drummer for popular (in Ireland) Irish band the Saw Doctors.

Patrick: I mean, I shouldn’t be embarrassed for not knowing that, but I am, a bit.

Patrick (googling furiously): He joined the band in 2012! How’s a girl supposed to keep up?!

Dan: Anyhoo, lets move on to the last name of our first round! Three way tie, at 3/4 so far.

The group again goes with a consensus answer. They again select NFL Player.

Dan: I actually didn’t notice until I transcribed this whole thing from my notes, but you all gave the exact same answers on the first five questions. Them has gotta be some long odds. Also, you’re all wrong again! Fergal Lawler is the drummer for the Cranberries.

Patrick: Was that a Cranberries joke?

Emma: I can’t believe I married a guy who would make a Cranberries joke.

Dan: I know, you’re so lucky! Anyway, everyone’s 3/5 at this point… and we’re headed to the SPEED ROUND!

Dan: OK I’m going to reel off five names quickly and you’re going to give me your responses as fast as you can. No repeats, so listen carefully. Is everyone ready to go?

Craig: You’re totally making this up because the article is way too long, aren’t you?

Craig: NFL, Irish, Irish, NFL, Irish. I feel horrible about my choice for number seven. That name has got to be an Irish person but that means it’s probably a trap. I hate you.

Dan: Alrighty! Quite a bit of variance in the speed around, and I must say, it’s about time. How’s everybody feeling about their responses?

Emma: You better make me sound smart in this article or you’re a dead man.

Dan: Lovely! Without further ado, here are the correct answers. 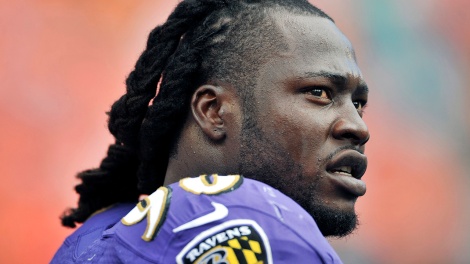 Pernell is not impressed that you got that one wrong, Patrick. Pernell thinks you should apologize.

6. NFL. Mr. McPhee is a 6’3, 280lb defensive lineman who recently signed with the Chicago Bears. Craig and Emma bank correct answers, Patrick missed that one and should now live in fear.

7. Irish. Craig, you didn’t fall into the reverse trap, though that is what I was trying for. Colm Mac Con Iomaire is a member of the Irish band the Frames. All three of you nailed this one actually. Patrick trails Craig and Emma by one!

8. NFL. Dewey McDonald is a 6’0, 220lb safety for the Indianapolis Colts. Emma is the only one who got this one correct, moving into sole possession of the lead! Craig trails by one and Patrick is now two behind.

9. NFL. For even casual NFL fans, this one was kind of a gimme. Darren McFadden is an oft injured running back who was a high pick of the Oakland Raiders and recently signed an incentive laden contract with the Dallas Cowboys.

Emma with a huge miss here, as Patrick and Craig both nailed it. Craig moves into a tie with Emma, both with six correct. Patrick still has an outside chance with five.

Emma: I’ll casual your fan! That name sounds so Irish!

Emma takes it! She nabbed this one, bringing her winning total to 7/10. Craig misses, finishing with six. Adding insult to injury for Craig, Pat got it right to tie him with six as well.

As I mentioned before I conducted these quizzes separately and amalgamated them for your reading pleasure. A quick study into the competitiveness of my wife: I received a text during the day asking whether or not she had beaten Craig, and another to ask whether or not she had beaten Pat. The first thing she asked me yesterday morning was whether or not Craig and Pat had both finished the quiz yet. And when she found out that she won this meaningless quiz, with absolutely nothing on the line but pride, I received the following text:

Emma: I AM THE CHAMPION OF THE WORLD!!!

That’s right. All caps. My wife everybody! I hope to hell I made her sound smart.

Happy St Patrick’s Day everyone. I’m off to pay tribute to the homeland. Just remember, if you’re looking for a toast on this most wonderful of days: There are wooden ships and metal ships and ships that sail the sea. But the best ships are friendships and may they ever be. A little mood music please.