As it turns out, making weekly film picks is more difficult than I thought. One week it’s an embarrassment of riches, the next a desert. As we barrel into July, it’s clear that the films of summer are all over the board. On top of that, I am currently ill as I write this and the sun is shining outside, so it feels particularly bizarre to entertain the idea of seeing a movie in a theatre. But still, it must be done.

Here’s where we should be going, week-by-week, for the month of July. (And don’t worry, I’ll be fine.)

I will never NOT laugh at Kevin Nash in this picture.

If you’re looking at the release schedule for Toronto this weekend, you’re looking at a referendum on two choices. The first, a sequel, is Magic Mike XXL, the beloved male stripper vehicle for star Channing Tatum. While I’m not sold at the prospect of a Steven Soderbergh-less Mike movie (he was the secret ingredient to the first movie’s greatness, and apparently his involvement here is super-secret, i.e. done under a pseudonym), I wish it no ill will. Dance on, Mike, dance on.

Now, the other film of the weekend is also a sequel (of sorts) and I do wish it ill will. You know why? Because it’s 2015 and we’re talking about yet another Terminator film. This after having Sam Worthington foisted upon us, after the Terminatrix of Part 3, after not even Christian Bale’s commitment could bring it back to life. Even with a game Schwarzenegger back in the fold, I fail to see why anyone should care. This is a franchise that has had every breath of life squeezed out of it. Still, if you have to see something and male strippers aren’t your thing (and Stephen Baldwin isn’t either), this is all that’s left. 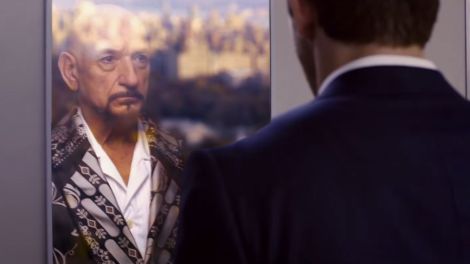 “I mean, do I have to be Ryan Reynolds?”

Ryan Reynolds is trying. Let’s give him that. After a disastrous couple of years (Green Lantern! R.I.P.D!), he’s been gradually rebuilding his career (a la Jake Gyllenhaal) as an interesting actor in smaller films. His latest run–The Captive, The Voices, Woman in Gold, and the upcoming Mississippi Grind–has not been all good, but at least it’s been more compelling than another superhero movie. And that’s where we’ll file Self/less. It could be a mess, but then again with noted outsider director Tarsem (he of the underrated The Fall) at the helm, it could be something special.

Not a fan of Amy Winehouse in the slightest, but if I was going to see one documentary about a cultural figure who died tragically, I’d see the one made by Asif Kapadia.  If you’re keeping score at home, Kapadia is responsible for Senna, a doc about the late F1 driver Aryton Senna. I had no interest at all in that subject matter either, but the film is breathtaking. My thinking therefore is that Amy will be worth a watch.

Amy Schumer is ready for her closeup. (Sorry, Bill.)

We’ve reached a point where Bill Hader can be the romantic lead in a movie, and Lebron James (all the exclamation points) can be the goofy best friend. This is something special. And all of that buries the real lead: Amy Schumer, she of the supernova that is Inside Amy Schumer, is the emotional core of Trainwreck. Get this: it’s a Judd Apatow comedy with a woman as the lead. We are all witnesses.

Yeah, there’s Ant-Man and whatever, but I’ve been swayed to pick Ian McKellan as an aging Sherlock Holmes instead. Don’t you want to see Magneto/Ganfalf take on one more hugely significant and popular fictional character? I know I do. 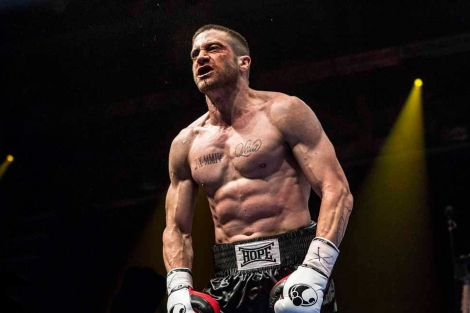 Remember what I was saying up there about Gyllenhaal’s off-beat run back to respectability? Well, I’m not sure how Southpaw fits into that yet. It’s a boxing movie, so you already know the plot. But outside of that: Director Antoine Fuqua continues his inexplicable career where he directs every cool actor of note, Rachel (#TrueDetectiveSeason2) McAdams gets to play the sacrificial wife, and Gyllenhall gets ripped. Oh yeah, and 50 Cent drops by to vacuum out any of the leftover charisma. I suppose I’m damning this with faint praise, but really, it’s not a good week. See below.

What a premise to be wasted in an Adam Sandler film. I mean, I know Wreck-It Ralph set the bar high for video game characters in movies, but come on, a Sandler movie? Game over, man. Game over.

I am ready for Jason Segel as genius David Foster Wallace.

Winner: The End of the Tour

David Foster Wallace is, was, one-of-a-kind. Writing about him evokes a certain insecurity; I know he would have, could have, probably did, say whatever I’m trying to say… better. If you’ve read David Lipsky’s book “And Of Course You End Up Becoming Yourself,” you have some idea of the kind of man Wallace was. Or you could read Infinite Jest or some of his brilliant short fiction and non-fiction. Watching the trailer for The End of the Tour stirred up a different kind of emotion for me – a sadness, yes, but also something approaching affection. I want this one to be good.

To his credit, Tom Cruise is definitely the David Foster Wallace of running. His range of motion, commitment to the form and endless desire to exceed are second to none. Cruise is the best. The Mission: Impossible films (with their increasingly impossible punctuation) are proof that if Cruise can believe it, it will happen. Don’t you want to see him hang off a plane? 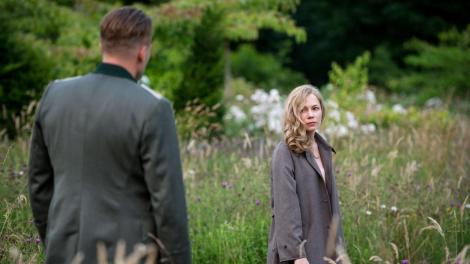 Suite Francaise. Sure why not.

Maybe it’s because I feel bad for its vague “2015” release date on IMDB, or because I just watched Rust and Bone with Matthias Schoenaerts at his Schoenaerts-iest, but I thought I’d toss some love to Suite Francaise here. It’s also got Michelle Williams in it, who is never not watchable, and one of the underrated grand dames of cinema, Kristin Scott Thomas. What’s it about? Couldn’t really tell you. It’s a period piece. Have at it.

Enjoy your times at the theatre in July. For now, I’m going to collapse in a heap.

One response to “What to Watch: Film Picks for July”