“Stay in school and use your brain. Be a doctor, be a lawyer, carry a leather briefcase. Forget about sports as a profession. Sports make ya grunt and smell. See, be a thinker, not a stinker.” – Apollo Creed, Rocky.

That was one of the central ideas circulated by the characters in the original Rocky film; the notion that wanting to fight was silly, that it was only dumb people who should fight. That those who were intelligent enough to get “real jobs” should do so immediately and save themselves the brain damage.

That’s what made and continues to make Rocky a timeless classic. 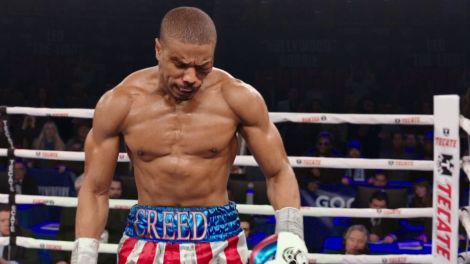 Michael B. Jordan is Creed.

And dare I say it, Creed found a way to mirror that feeling. It’s too early to dub it a classic as well, but it has all the makings of one. And it just might be on par with the original.

When I heard they were making yet another film to add to the Rocky franchise, I rolled my eyes. I remember sighing and breaking the news to my Dad early, who had shown me Rocky as a kid. He shook his head and shrugged.

What were we to expect? The Die Hard franchise has become a parody of itself, the most recent Indiana Jones film makes a mockery out of the great original three, and the last two Terminator movies have been gut-wrenching (damn you, Jai Courtney!).

All of this, and yet they finally got one right. They finally took a franchise that probably should have been left alone and made an extension film that turned out excellent. It’s unfortunate to say, but this is a rare thing these days. Amongst all of the high budget crap that studios are churning out with familiar names stamped on them to get butts in seats, Creed manages to break through.

The director is Ryan Coogler, best known for Fruitvale Station (which also starred Michael B. Jordan). He’s best known for that movie because it’s the only other full-length feature he’s directed. He’s only 29 years old – an up-and-comer with a knack for getting the most out of what he’s got.

Just as it’s too early to call Creed a classic, it’s also too early to call Coogler an auteur, but he is showing some good initial signs. The fact that his films manage to draw emotional responses out of the viewer and have ephemeral moments of considerable authorial power is a testament to his effort concerning his craft. He’ll be a director to keep an eye on (his next film, 7 Pillars, is slated for 2016).

The film stars Jordan as the young Adonis Creed, and alongside him are love interest Bianca (Tessa Thompson) and of course old man/trainer Rocky Balboa (Sylvester Stallone). They take up the bulk of the film, with the antagonist, a boxer by the name of “Pretty” Ricky Conlan (Tony Bellew), making his largest contribution in the film’s climax. 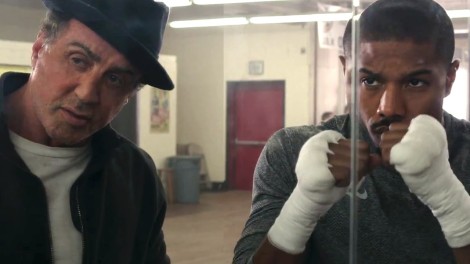 That said, all of the acting is solid-to-great. The chemistry between Jordan and Stallone is fantastic, and their characters mesh so seamlessly that every moment they’re on screen together is a precious gem to hold on to. It takes only seconds to buy into the fact that this is Apollo’s son and that this is the real Rocky – indeed, Stallone has come out of his hibernation of just playing himself. In case anyone was wondering, he still remembers how to play the character. It’s like the Italian Stallion never left.

The framework of the narrative is the same as the original film. The main character is an underdog who feels the need to prove himself in some way, this time by getting over and accepting the fact that he’s Apollo’s son. There are various themes scattered throughout, with some of the most potent being identity, old age, love, and legacy.

The themes and issues presented in Rocky are still relevant today. That’s what makes it a film that holds up, and it’s also what makes Creed great. It takes the original film and shoves it into 2015, while also making enough references to the first movie (and some others) that one never forgets where it came from.

Aside from the performances – there are one or two speeches by Stallone and Jordan each that are genuinely moving – the stand-out aspect of the movie is how it handles the fights. Throughout the entire thing they are masterfully choreographed and filmed, and look one hundred percent legitimate. Take a bow Maryse Alberti, cinematographer.

The boxing matches, especially the epic final showdown, all look like something you could be watching on television. Everything is constantly moving, from the camera to the actors to the surrounding environment, and in such a way that it flows gorgeously in a blood-pounding rhythm of high-energy adrenaline. The bright colours make everything pop, and it’s in these moments that one begins to feel as if they’re watching a piece of art, while still being entranced in the realism of the combat.

The music of the film (via Ludwig Göransson) is also well done and for the most part subtle, only showing itself as dominant in select places. But there are also a few pleasing, harmonious tidbits that lovers of the past films (especially since the movies are so well known for their “pump-up” soundtracks) will recognize and enjoy.

Despite having a run time of 133 minutes (two hours and thirteen minutes), there are virtually no points of lag. Just like the action, the narrative flows smoothly and the overall intensity never falls past a steady hum. It will keep viewers rooted to their seats.

Adonis Creed didn’t listen to his father’s words. Unlike past Rocky characters, he had the opportunity to be the guy in a collared shirt, carrying a leather briefcase and working nine-to-five.

In the end, I’m sure audiences will agree – it’s a good thing he didn’t take it.