By: The Same Page Team

Welcome back to the Finer Things Club. This month the Same Page Team got together to read and discuss the book The Good Earth by Pearl S. Buck.  Paul made the pick. 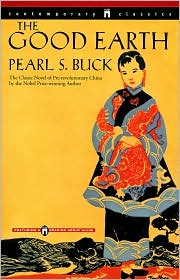 Paul: Pearl Buck’s epic work spans across land and time telling the story of a Chinese farmer brought to the depths of poverty and starvation to the supposed elation of a life of privilege.  Whenever I begin to read classic and expansive novels such as these, I always ask the important question: What will I remember 5 years from now when I think of the novel.  I will not remember the very ‘American’ rags to riches story.  I will not remember the name of all the family members who slowly realize the trials and tribulation that wealth, not poverty, can bring.  I will not remember the odd minor characters that add different meanings to the plot and our central characters.  However, I will remember the unlikely hero, or more accurately, heroine.

I will remember the depths of devotion, dedication, perseverance and sacrifice of O-lan, the matriarch and one truly admirable character in the novel.  In a novel focused on a man’s journey, The Good Earth subtly and powerfully reminds the reader of the unsung heroes within the family structure.  Buck cleverly reverses the gender roles of a generation where women were expected to be passive, emotional, and weak.  O-lan gives the reader a female protagonist whose only flaw is her unfailing devotion to her husband and family.  The lasting image implanted in my mind for this novel appropriately involves O-lan’s discovery and eventual acceptance of her husband’s decision to take in a mistress in her family’s home.  Here, in this wonderfully moving moment, O-lan reveals both the heartbreak and unwavering commitment to her truly selfless life purpose, the service of others.  As a tear rolls down her face, she refuses to wipe it away.  She lets it slide down her face so she can always remember the pain and do what any admirable literary character does: moves forward with her purpose and conviction all the more determined to see to her family’s survival and stability.

Chris: The cycle of life, family, and society is the central theme of Pearl Buck’s classic tale, The Good Earth.  Set in rural China in the early 1900’s, it is the tale of a simple farmer, Wang Lung, who gets married, has children, gains wealth, has more children, loses wealth, has more children, gains more wealth, and eventually ends up occupying the space, literally and metaphorically, of the wealthy family in his nearby town.

Wang Lung finds himself swept up in the tide of upheaval of pre-war China, and after failing to make his fortune through the old-fashioned, honest farmer route, instead makes it by robbing a wealthy man and returning to his village.  While his short-term situation is improved by this decision, his long-term fortune and that of his family’s could be said to be cursed from that point on.  Perhaps this was Buck’s warning to her American audience of the dangers of a working-class revolution and ill-gotten wealth. 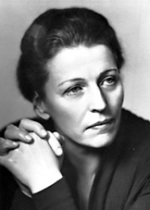 Ian: The Good Earth follows Wang Lung’s journey from a hard working peasant farmer to wealthy land owner and employer in rural China, within the decades prior to the First World War.  This is a classic, far-reaching and epic novel spanning most of Wang Lung’s life, and comprises of various characters who become part of his story.  Interestingly, the story is written by an American, Pearl Buck, who grew-up and was educated in both China and the United States. The success of this book in the United States at a time when Chinese prejudice in America was rampant is triumphant in itself, but also began reinventing “exotic” cultures in the minds of Americans.

Buck attempts to depict Chinese rural life, including the cultures and morals of this specific time and place.  This depiction loudly pronounces societal sexism, while subtly hinting at this flawed construct through the strength of Wang Lung’s first wife – O’lan.  In many ways this is a story of O’lan, who is both the rock of the family, and the central character through which so many themes and morals are presented to the reader.

This depiction of Chinese rural life also illustrates common universal themes, namely around the notions of hard work, agrarian ideals, and the corrupting influence of wealth.  I believe these themes, common in both the United States and China, allowed the book’s American audience to identify with the characters and the unfamiliar East.  The longing for the agrarian past at a time of swift urbanization and industrialization in America would have been attractive to an American reading audience.  Wang Lung character also reaps the financial benefits of hard work (and some luck) to make one’s own decisions and rely on oneself, which are central to the “American Dream” concept.

Finally, this is a story of wealth and how it corrupts, either through the stress it causes in relationships or the changes in attitude and morals it brings.  The reader meets Wang Lung as a young farmer excited to have been arranged a wife. Wang Lung, although never the ideal hero, evolves with his wealth to become less appreciative of what he has, and increasingly finds ways to justify satisfying his own needs and desires.  His life becomes more complicated, unraveling as his wealth accumulates, and he loses an appreciation for those around him and the good earth he stands on.

Daniel: There are some books that have so much plot, a tremendous accumulation of detail, that a reader, after a time, cannot help but be swept up by the growing tide of earned emotion. The Good Earth is such a book. At a basic level, it is about a man’s journey through life, beginning on the first day of the start of his new family and ending with his descent into old age. However, to describe it like that – as a mere document of experience – is to shortchange the huge, sweeping narrative flourishes that shape our hero, Wang Lung, and the society (and country) in which he is living. In The Good Earth, Buck touches on many themes and issues; there is talk of class conflict, regional warfare, generational misunderstandings, the proper role of women and more. Yes, despite the somewhat austere (or perhaps bland) prose, Buck offers a rich and complex take on eastern culture, and really, the dynamic of much of the world at the time.

Perhaps bland is too harsh a word for Buck’s prose. In fairness, the tone of the book begins to reflect, quite naturally, the tenor of its hero, Wang Lung. Starting out as a simple farmer, alone but for an aging father, he knows only that the land under his feet, tilled everyday by his hand, will provide for him. The grand sweeping plot that I refer to, involving a quiet wife, a dangerous uncle, aristocrats, loyal servants, concubines, sons, daughters and more, is all absorbed and run through this simple metric. It becomes an effective device, keeping the reader at the ground level, caught up in the daily struggle of these people as they toil in the shadows of a history they cannot comprehend. Wang Lung rises from nothing, falls, rises again, on and on in a tumultuous life, yet Buck’s style, like the good earth her hero stands on, remains stable. It falls to the reader to grasp the import of her carefully crafted story, one that is so specific to its time and place and thus, universal.