This season’s MLB trade deadline was one to remember. Several teams made franchise-altering moves, cashing in prospects and players for a ‘big name’ acquisition.

Here in Toronto, fans were clamouring for it. The masses wondered in April and May why we wouldn’t jettison such unknown commodities as Marcus Stroman and Aaron Sanchez for proven pitchers, starters that could vault this team into the playoffs.

No deals were bigger than the trades made by the Detroit Tigers, who acquired David Price from the Tampa Bay Rays, and the two deals by the Oakland A’s, who dealt for Jeff Samardzija and Jason Hammel of the Cubs, as well as Jon Lester of the Red Sox. Big names went the other way, too. Yoenis Cespedes, Austin Jackson, Addison Russell. These were truly blockbuster moves. 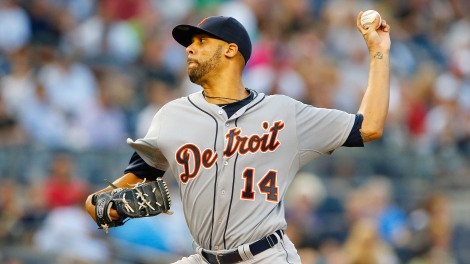 It’s not often so many huge names are in play on deadline day. Because of the weird waiver and non-waiver trade deadlines in baseball, moves are often rumoured but rarely made during the season.

When Oakland made the Cubs deal, Tigers pitcher Justin Verlander was vocal, saying:

“When I saw that trade, I thought that they made that trade for us. No doubt about it in my mind. If they want to win a World Series, they’re envisioning they’re going to have to go through us.”

Detroit then responded by landing Price, arguably a bigger get. Oakland landed the final blow, adding Jon Lester from Detroit and setting the table for a fantastic rematch in the post-season.

Two weeks ago, when I had the idea for this column, the Oakland A’s were in the midst of a tailspin and Detroit was having its heels nipped by the wild-card holding Kansas City Royals. If the Royals caught Detroit, they would revert to the Wild Card team, a spot under hot pursuit from the Seattle Mariners, Toronto Blue Jays and New York Yankees. Not where either team expected to be after making such significant additions.

The question is, were the moves successful?

The A’s went just 12-17 in August and are 8-14 in September as of this columns writing. Samardzija and Hammels were acquired on July 4th; Lester was added July 31st. Coincidence?

Yes and no. Samardzija and Lester are ace level talents and they’ve pitched like it. Despite one clunker from Samardzija (7 earned runs in 3.2 innings on August 20th against the Mets, of all teams), both players have pitched to sub 3.00 ERA’s with Lester’s WHIP at a tidy 1.07 and Samardzija’s at a shock-inducing 0.92. That’s what you pay for. That’s why you give a player like Cespedes to Boston (not that much of a loss, interestingly) and a blue-chip prospect like Russell to the Cubs.

Jeff Samardzija is happy if you can pronounce his name on the first try.

Jason Hammel has been another story. Enjoying a career year with the Cubs, Hammel was awful for Oakland in July and August. While he has rebounded some in September, he still sports a 4.52 ERA since joining the A’s, to accompany a 1.33 WHIP. Yuck.

So the A’s went two for three, at first glance. How did the Tigers do?

David Price has not come as advertised. Since he became a Tiger, Price has pitched to a 3.97 ERA with an OK 1.18 WHIP. Not terrible but not the ace Detroit was hoping for. Price owns a 3.22 career ERA and has long been known as one who eats innings like so many small cucumber sandwiches at a tea on Sunday.

Despite landing the ‘lesser’ name starters it looks the A’s have come out ahead on this one. So what gives?

It’s kind of weird but Price seems like a different pitcher this year. He’s set a career high in innings pitched, currently leading the AL at 241. He’s also leads the league with a career high 263 strikeouts for a 9.8 K/9 innings rate. While the strikeout has always been a weapon for Price – he owns a wipe-out slider- it’s never been to this degree. A look into his groundball rate bears this out. In his Cy Young season of 2012, his groundball rate hit a career high of 53.1%. This season, just two years later, it’s fallen to a career low of 41.1%. The K’s are up, the groundballs are down and so is Price’s success.

Another factor to look into is the fact that the Detroit Tigers are a much worse defensive team – particularly in the infield – than the Rays. One thing Tampa always hangs their hat on is their ability to catch the ball.The Rays currently rank 7th in MLB with a .985 team fielding percentage. If we jump to advanced metrics, namely UZR, they have several players, both infield and outfield, that rank near the top of MLB at their position. Ben Zobrist, Desmond Jennings, Kevin Kiermaier, Evan Longoria, James Loney – these are known commodities, elite defenders that make a pitchers job easier.

Detroit lacks this consistency. While the Rays may not have a stand-out star on defense, as a unit, they are solid (despite Yunel Escobar stinking out the joint this season). The Tigers rank 17th in fielding percentage and have several key cogs that are minus defensive players by UZR. Beyond Ian Kinsler, the team struggles to field consistently. Moving Miguel Cabrera off 3B to 1B has helped him personally, however his replacement Nick Castellanos has been godawful. Couple that with average to below-average play from a bevy of shortstops and the Tigers have an issue. 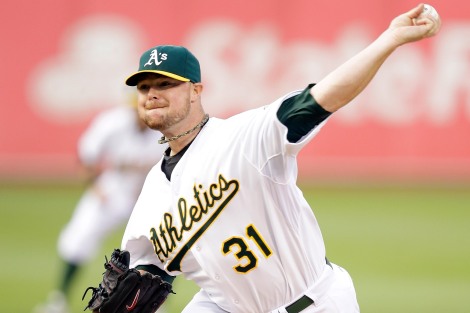 Price’s FIP (Fielding Independant Pitching – essentially what his ERA should be without his fielders helping/hurting him) is much lower, sitting at 2.50, suggesting his pitched much better than his intial peripherals show. Interestingly enough, Samardzija’s FIP is 3.23 vs. a 2.98 ERA and Lester’s is 3.13 vs a 2.35 ERA, suggesting that Oakland’s team defense has been bailing them out some. The A’s, weirdly enough, are ranked 29th in MLB in fielding percentage – however, advanced metrics (Moneyball, son!) make them look a heck of a lot better. Third baseman Josh Donaldson is the best defensive 3B in baseball and the rest of the A’s infield is league average or better, Brandon Moss’s 1B forays aside. Samardzija and Lester are also both getting a ton of run support at 5.08 and 4.62 runs per game respectively, well above the league average. Price with crappier fielding, is getting 4.52 in Detroit, purportedly the owner of a vaunted offense. Your disparity is found. It turns out catching the ball is important. Who knew?

Beyond all the numbers is the point that neither ‘massive’ move has pushed Detroit or Oakland to another level. Since the non-waiver trade deadline when all moves had been made, Detroit has gone 30-23 thanks to a September push; good, but certainly not any better than they were playing before. And poor Oakland has totalled 20 wins and 31 losses, markedly worse. While you can certainly argue they’re both set up better for a playoff series given the fact that they have more elite starting pitchers than prior to the moves, it doesn’t seem like these headline grabbing moves have made either team a favourite for post-season success.

For those in Toronto and other markets that are disappointed their team didn’t make a deadline move, remember, the rest of your team has to be good too. Lester and Samardzija have probably actually pitched a bit worse than Price but their numbers are far superior, because the A’s defense is that much better. The A’s, however, haven’t hit a lick as a team, and have spiralled towards the end of the year, not a trend that’s reassuring if you’re cheering for the boys in yellow and green.

The Tigers control Price for another year of salary arbitration after this one, which is reassuring to them as ace Max Scherzer is looking for record-setting money in free agency and is likely to depart. Oakland has another year of Samardzija only – Lester and Hammel are both free to walk and will likely do so. Was the price both teams paid worth it?