As far as lawsuits go, Dan Snaith’s tussle with the Handsome Dick Manitoba was a pretty minor one. He compared the situation to that of “the Smiths suing John Smith or something.” Having already released two albums under the moniker Manitoba, Snaith was legally compelled to make a change. He settled on Caribou. It was not Snaith’s first transformative act.

From 2005 onward Snaith as Caribou would release three more albums – one of which, 2007’s Andorra, would go on to win the Polaris Prize, while another, 2010’s Swim, made the short list (and won him a Juno instead). Somewhere in there he found the time to complete his PhD in mathematics. The musical act grew, and the Caribou live show evolved to include a band featuring multiple drum kits. His 2012 album Jiaolong, produced under the name Daphni, eschewed the earthly instrumentation and jangly effects of his earlier LPs and drove for a more pure DJ-like feel. His voice as Caribou continued to move more and more into the front of the mix. And now, we are arrive at 2014 and Dan Snaith’s latest Caribou album Our Love. 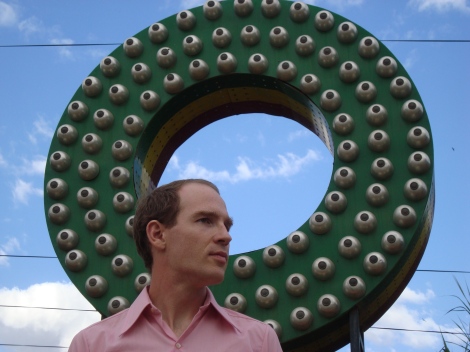 Cataloging all of the Snaith-related material as Manitoba, as Caribou, as Daphni, (as Dr. Snaith, PhD), has become a journey in and of itself. While Our Love will probably not be Snaith’s last record ever, it feels like a culmination of the sound he has been cultivating over the past decade. It’s undoubtedly electronic, both mechanically rhythmic and warm-blooded, but it douses the head-bobbing feel of its music with a heavy melancholy.

This is an album that shows us where Snaith is right now. With Our Love we can hear the gains of an artist, and learn of the apparent losses, too.

As Caribou, Snaith trades in a blend of electronica that manages to subvert the robotic base of the genre. His voice, a tool he used sparely on early recordings (if at all), is now used to drive many of his best songs. It can lend the recordings a sunny, optimistic flare or turn cold, moving into more plaintive and desperate ranges. Linked with a more straight ahead beat (a sound that began on Swim, my favourite of Caribou’s catalogue), and deepened by his off-brand Daphni follow-up, Snaith has curated a textural sound that combines the vestiges of Paris’ garage music, with the propulsive boom of today’s EDM.

So much of electronic-based music feels hard to recommend or even harder to explain. In the recent film Eden, Mia Hansen-Løve’s ode to the aforementioned scene of 90’s Paris, one character remarks that the only electronica she knows is Daft Punk. These days the word conjures up the more womp-womp, bass drop sounds of Skrillex or Deadmau5. And while that’s fine (and in the latter case, Canadian, too), my interest and recommendations in the genre have always veered towards the combination of man and machine. It’s the reason why a group like Boards of Canada (not actually Canadian) resonates, or why an artist like Trent Reznor has found sustained success.

This is where Caribou absolute shines. While Snaith’s earlier albums (particularly Up In Flames) garnered attention due to their sparkling, lively production, his music has only improved as he’s burrowed deeper and darker into the darkness of hearts both humane and computerized. Our Love moves through songs with driving beats (“Can’t Do Without You”, “Mars”), soulful interludes (“Dive”, “Julia Brightly”) and piercing emotion (“Back Home”, “Your Love Will Set You Free”). When Drake uses autotune to croon lines about the “best I ever had” it’s meant as a positive celebration; these words in Snaith’s mouth are laced with only a cold lament. There are other artists working in this milieu, but I’ll put Caribou on the forefront – we should be excited for Our Love and where he’ll go next. 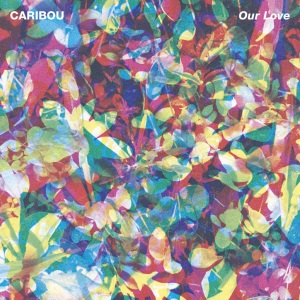 If it remains unclear, Caribou holds a unique distinction as a free thinking, electronica innovator, one with the finger on the pulse of more than just a beat. Listening to explosive music that can get people dancing is a simple joy of life, but journeying along with music that can drive a person to look inward or, better still, do both at the same time is something to be treasured. This is the frontier on which you’ll find the Caribou name and Our Love. Snaith’s music now, under any name, is perfect for our times, an era of love filtered through technology, well worth obsessing over.

Final Verdict: While Snaith’s Caribou music has steered away from the sunny disposition of his earlier albums, Our Love is a modern monument to broken relationships, wasted love and the glimmer of hope that finds solace in the notion of moving on (or just plain movin’). Its final line “Your love will set you free,” is ultimately both a call to arms and a sigh of regret. It is a culmination and also perhaps the next step of Snaith’s evolution. It is to be enjoyed.