It’s April 1st, Fool’s day, and the official unofficial start to the movie year. We’ve survived the last of the Oscar pushes of 2014 in January, the dumps of February, and the strange gap of March (RIP Chappie). Now we get a small taste of the good stuff. Think of April as the appetizer to a main course that will feature meals from a host of your favourite actors, directors and studios. And that’s before even getting to the dessert potion of the year post-October when we’ll be buried in the usual delicious portion of prestige pictures. Yum.

To guide you through the year, we’re starting a new series here at the Same Page. At the top of each month, I’ll be dishing on a movie (or two) for each week that should be worth your time in one way or another. Some will be blockbusters, some will be smaller pictures of which you’ve maybe never heard. Will there be a bonus pick for a limited screening that may be tough to find at your local multiplex? You can bet on it.

So, let’s get started. 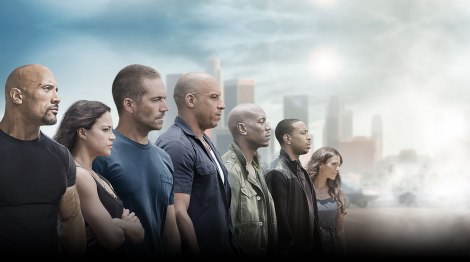 You were expecting something else to start us off?

You thought I was going to start with some artistic curve ball, didn’t you? Look, after slogging through winter and watching the well of “quality” films dry up, there’s something to be said for a big, loud, and frankly, insane action movie to kick off the real movie year. Furious 7 is going to be over-the-top and ridiculous. It’s going to ask you to believe cars can fly and that Vin Diesel and the Rock are relatively the same height. But dammit, it does look like a fun time and sometimes that’s what counts.

Runner Up: While We’re Young

I saw While We’re Young at TIFF back in September and can vouch for it as an entertaining and funny bit of filmmaking from the sometimes overly sour Noah Baumbach. It’s yuppies in crisis, but more of this Ben Stiller (and this Charles Grodin!) would be welcome to our world, thanks. 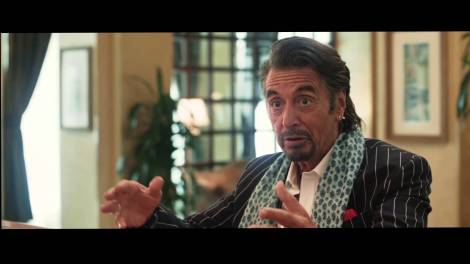 As I’ve documented, I’m a sucker for “old man-makes-good” movies. To that end, is there an actor with greater potential for a crowning old man comeback film than Al Pacino? There’s no doubt that Pacino has become a caricature of the actor he once was. But, with this latest film – in which Pacino plays a washed up Neil Diamond-esque singer slumming through a late-life crisis – at least he’s steering into the skid in style. I say we give it a chance.

Runner Up: Clouds of Sils Maria

If you want your tales of aging with a bit more melodrama and psycho-sexual energy, consider Olivier Assayas‘ Clouds of Sils Maria. How does a triangle featuring Kristen Stewart, Chloe Grace Moretz and the incomparable Juliette Binoche (who, quite frankly, doesn’t appear to age) strike you? 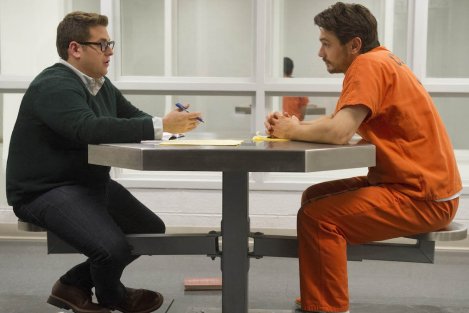 Michael Finkel meet Christian Longo. This may get weird.

This film’s been kicking around for awhile, and the idea of it sounds just strange enough to be compelling. In this post-Jinx world we’re living in, a film about an on-the-lam murderer Christian Longo – who assumed the name and then got the attention of journalist Michael Finkel  – and his weird relationship with the aforementioned writer is a good hook for a true crime tale. That the pair are played by James Franco and Jonah Hill, respectively, definitely piques my interest.

Here’s another film that’s been hanging out on the fringes of the film schedule for awhile. Two things work in its favour: first, the cast is fantastic (Gary Oldman, Tom Hardy, Joel Kinnamen, Noomi Rapace, Charles Dance, Jason Clarke) and second, it’s written by Richard Price – author of great crime books like Lush Life and Clockers. The mashup of Price’s crime sensibility with this post-WW2/Stalin-era Soviet world set-up should be something to see. 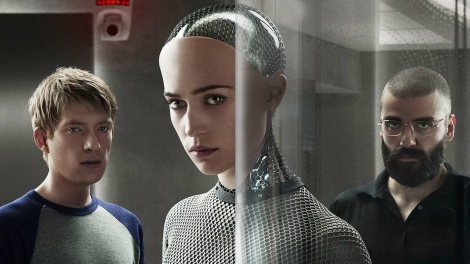 Your typical Boy Meets Robot story. You know how that goes.

The big winner of the month for me. Ex Machina has everything I want in a film: a small-scale sci-fi premise featuring an artificial intelligence construct, a smart script from the talented Alex Garland (who directs as well), and a cast poised and ready to break out (Oscar “this is his year” Isaac, Domnhall Gleeson, and Alicia “I’m in eight films this year” Vikander). Watch the trailer and then tell me you’re not onboard.

Runner Up: The Water Diviner

Russell Crowe stars and, let me just check my paper here, directs this film. How about that. It’s about an Australian travelling to Turkey after the Battle of Gallipoli to find his three sons. Jai Courney is involved and various bits of melodrama presumably ensue. The reviews have been generally positive. I think this Crowe kid is gonna make it.

I’m not even entirely sure when Kumiko, The Treasure Hunter comes out, but right now it looks like the TIFF Bell Lightbox will be your only place to see it in Toronto in April. Mike Powell at Grantland already wrote the definitive piece on what Kumiko prescribes to be about. It’s a true story (sort of) about a woman (played by Rinko Kikuchi) who watches Fargo and believes there’s money to be found in Minnesota. It looks both tragic and alluring – in other words, just the movie to see before the May bombast begins.

And with that, I wish you a happy film-going experience! We’ll see you next month.