When The Beatles came out in 1968, we were given an indelible moment of irony. The title of the ninth studio album by Lennon, McCartney, Harrison and Starr reflected cohesion, but the music itself showed them coming apart. Musical stylings swung wildly from one track to the next and — for the first time in The Beatles’ lifespan — you could listen and hear the cracks in the foundation.

At this point, communication between John Lennon and Paul McCartney had ceased, breaking down any sense of collaboration between the four members. Rather than sound like a group effort, the sprawling 30-track double album bounced between the mindsets of each: Yoko Ono’s political influence on Lennon (“Revolution 1”, “Happiness Is A Warm Gun”), McCartney’s carefree, picturesque songwriting (“Blackbird”, “Honey Pie”), George Harrison’s emergence as a solo artist (“While My Guitar Gently Weeps”), and Ringo’s… simplicity (“Goodnight”). No song showed the four working together, predicating their breakup just two years later.

Despite all this, The Beatles, both fascinating and infuriating, is still remembered as a truly great album. This is a testament to the band’s talent, sure — but it also points to the idea that an artist’s unraveling actually enhances the art they create. Would the coupling of “Back In The U.S.S.R.” and “Dear Prudence” be just as beautiful if we didn’t know they were written and recorded separately? 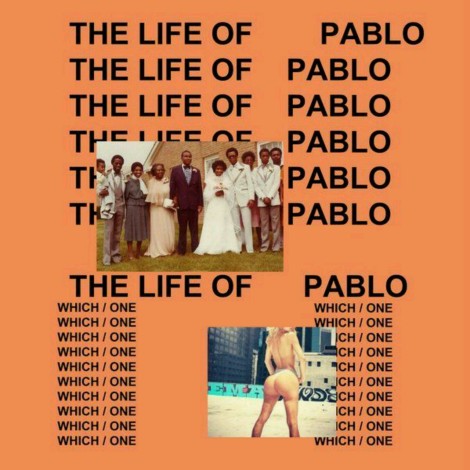 This lesson in what makes The Beatles great helps inform a critical look at The Life of Pablo, the most recent outing by Kanye West. The two albums are not unfamiliar. Think about their contentious releases, their vexing run times. Think about the music itself. We see history repeat itself, an artist’s reality affecting the product they create.

There’s no way you can talk about The Life of Pablo without talking about its release saga. Kanye re-emerged on Twitter in the weeks ahead of the album’s release, promising “SWISH” would drop on February 11. In inviting fashion, he brought back G.O.O.D. Fridays for a couple weeks, giving us “Real Friends” and “No More Parties In LA”. He tweeted the tracklist, a svelte ten tracks and promised a gospel album.

Then, as the day approached, things got weird. West changed the title… twice (from SWISH to Waves to The Life of Pablo). He had a listening party at Madison Square Garden on the 11th, where he played The Life of Pablo then turned over the aux cord to anyone within arm’s reach. He hyped a video game about his mother at the gates of heaven. Then, an excruciating 48 hours where West continued to master the album: eight tracks were added, the order changed again. Finally, a Tidal-only release, ex-communicating the majority of people who agree that Tidal is objectively awful.

Even after people had the product in their hands on the night of the 13th (most of them pirating, some signing up for Tidal), West tweaked the product for four hours in real-time. He added outros, a nonsensical freestyle verse, some Drake-style voicemail messages. He changed his mind on a physical release amidst tweets revealing he was $53 million in debt, saying it would only ever be on Tidal.

A month later, it appears he’ll be sticking to his word. It still sits there on Tidal today, existing in a kind of half-life where West can still change it at any time. If it ever gets lasered onto a disc, it could be something completely different.

What it is today, though, is something as interesting and frustrating as the release that predicated it. It is 2016 Kanye West distilled to its rawest form — as flawed, as engrossing, and as contrasted as the artist behind it.

These contrasts manifest themselves all over the album. The opening to “Father Stretch My Hands” is so extraordinary it’s been turned into a meme, the Metro Boomin’ tag and Kid Cudi hook giving way to a rattling trap beat. That, of course, contrasts with Kanye’s abysmal opening rhyme about a model, a bleached asshole, and a t-shirt stain.

There’s the last-minute addition at the end of 30 Hours, where Kanye takes a throwback, College Dropout style track and adds an incomprehensible three minutes of reveling, rambling, and answering his phone. It takes a lauded track and turns it into an album-stalling mess, an unforgiveable sin for an artist who altered how rap albums are built on My Beautiful Dark Twisted Fantasy, then again on a lesser scale with Yeezus.

In fact, the succinct way of looking at The Life of Pablo is that it succeeds because of West’s production brilliance, and in spite of his rapping and writing-related decisions. 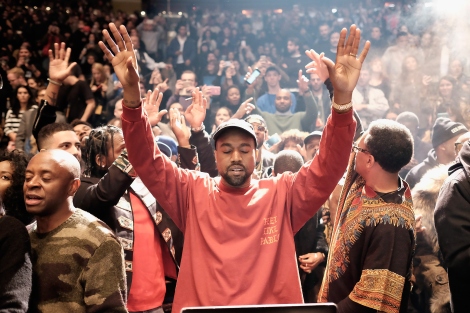 Examples of pristine sample choices, left turns, and perfect song structure are everywhere here. The transition from industrial droning on “Feedback” to the empty piano, deep thud, and sermonizing on “Low Lights” is one. Another is the triplet of “FML”, “Real Friends” and “Wolves”, standing united for a mesmerizing ten minutes, looking behind the tinted glass of fame. Finally, the collaborative effort with Swizz Beatz on album peak “Famous”, where a warbling Rihanna hook and futuristic gleam give way to a chopped up Sister Nancy sample, leaving nothing but sunshine and good feelings.

Collaborations like the one with Swizz are another success story here. Since all the way back on “Slow Jamz”, where Twista earned his 15 minutes of fame, West has been bringing great artists into his production environment for glorious returns. The Life of Pablo is no exception, with Chance the Rapper’s career-best turn on “Ultralight Beam”, Chris Brown gliding on the “Waves” hook, and Kendrick Lamar’s technical prowess on “No More Parties”. Even Desiigner, the Future sound-a-like who somehow earned two guest verses, is a beneficiary. His first single “Panda” is pigeon-holed into “Pt. 2”, sounding better here than it does by itself.

The problem is, these guest spots end up far more memorable than West’s rap contributions. Apart from a high octane verse on “Highlights”, Kanye doesn’t really have much new to say here. While My Beautiful Dark Twisted Fantasy gave him a platform to discuss loneliness after leaving the spotlight and Yeezus had him talking about race and the fashion world, there isn’t anything revelatory on The Life of Pablo. There’s a reason that the middle portion of the album is the best: a brief reference to anti-depressants on “FML” and some lessons in the dangers of fame on “Real Friends” and “Wolves” are the only times that West offers a glimpse into his own life. Otherwise, he seems happy to let others take the wheel.

It’s strange, in a way. If Twitter points to anything, it’s that Kanye West has a lot to say. On this album, though, a lot of what he’s gone on about is missing. No talk of debt, Silicon Valley, inequality at the Grammys. Online, we get implications that West’s focus is everywhere at once. That manifests itself on The Life of Pablo, which is often brilliant, yet is still too long, disorganized and frustrating. To understand this album, you have to get in the head of West — a tall task at this point.

It circles back to that White Album concept, that when art reflects the artist’s instability, it gets elevated to a certain degree. Right now, The Life of Pablo is disappointing because we know it could be more. We saw, during a very public release, what it could have been and how it changed. Given two, five, or ten years though — how fascinating will this album be to look back on? I’m certain that it will improve given time, but part of the general opinion will reflect on what West does next.

As a public audience, we should no longer expect career-defining art from West. What we’ll get, in all likelihood, will be much like The Life of Pablo — it will reflect an increased instability, the art as frustrated as the artist, a beautiful madness exhibited through hip hop.