In sports video games all players are given a numerical rating somewhere between 1 and 100.  The perfect player would be given a rating of 100 (no one ever gets 100 because no athlete is perfect at their sport), while anyone who plays their sport professionally usually is given at least a 50.  Athletic and mental attributes are qualified, such as running speed, jumping, passing, and general awareness.  These are then tabulated into a final, overall ranking.

I was pondering the other day of the futility of rating players in sports video games.  The sports world changes so swiftly, that someone who is a “70” player one week, might be an “80” or “85” the next.  Conversely, a highly ranked player can quickly plummet, due to injuries but also from age, or a general, mysterious erosion in skill (Gerald Wallace, anyone?).

Player ratings for video games are generally decided before the season begins, which puts a lot of emphasis on past performance, and general expectations of the public, and the game designers.  For example, when MLB 2K12 came out last year, Mike Trout was a “74” overall playing for the Salt Lake Bees, the Angels’ AAA affiliate.  Clearly, things have changed.  This year, he is a 99, meaning he is basically the perfect baseball player.  I have a feeling next year, this will be tempered just a little bit. 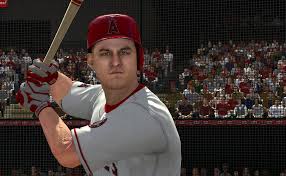 The addition of online roster updates have allowed game designers to erase their errors fairly early on, as player ratings flow as the season progresses.  But this wasn’t always the case.

WHERE THEY GOT IT RIGHT

Top 3 point guards – Chris Paul, Deron Williams, Rajon Rondo.  Well done, 2K team.  Especially with Rondo, who was still up-and-coming but would continue to improve in the 09-10 season.  Paul and Williams were the centre of a great “which point guard would you choose” debate, although since then it appears that Paul has edged Williams. 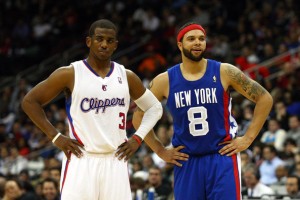 WHERE THEY GOT IT WRONG

Derrick Rose was given an overall rating of 80.  He had just come off a Rookie of the Year season, where he averaged 16.8 points, 6.3 assists, and shot 48 percent from the field.   In 2009-2010, he would go on to average 20 points and 6 assists, improve his field goal and 3-point percentage, and make the all-star team.  Perhaps they undershot on Rose a little bit. 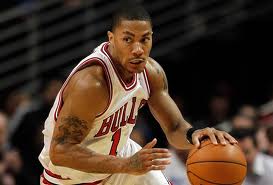 WHERE THEY WERE NOT EVEN CLOSE

To be fair, 2K sports weren’t the only ones to overshoot on Harris.  The New Jersey Nets awarded Harris a 5-year, 43-million-dollar contract after acquiring him from Dallas.  For one season, this looked like it would be a great deal.  Harris averaged 21 points and 7 assists in 08-09, and was still only 25 years old.  Unfortunately, Harris (and the Nets) started hitting the skids in the summer of 2009, trading away Vince Carter and starting a rebuild around Harris.  The talent was gone, and Harris didn’t appear to have the skills to be a primary scorer while also distributing and keeping his percentages up.  He also dealt with several injuries that year, and to combat that, added muscle for the 2010 season.  That reduced his speed, which was his one elite skill, and left him as an average guard.  The Nets realized this, traded him to Utah to get a truly elite point guard (Deron Williams) and Harris is now routinely rated in the mid-70s. 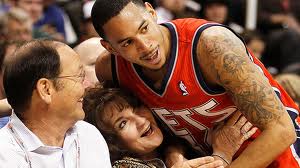 Devin Harris, getting friendly with some New Jersey fans

Roy and Yao fall under similar circumstances; their bodies were never built for long careers in basketball.  It’s not really their fault, nor is it the fault of the game designers, but seeing these two players so highly rated, and such a short time ago, is a reminder of how swiftly injuries can derail promising careers.

It’s easy to pick on the over-ratings, but here we have perhaps the under-rating of the decade.  Gasol had already established himself in EuroLeague Basketball before making the jump to the NBA in 2008.  In his rookie season, he showed moderate skill as a rebounder and interior scorer, at the ripe old age of 23.  The 71 rating seemed to be based on the game designers’ holding doubts about Gasol’s development into an all-star caliber player (all-stars generally hold ratings in the mid 80s and higher).  We have been able to see the error in their ways, as Gasol might have developed into the most valuable true centre in basketball, adding a defensive presence and enhanced offensive game.

Also released in October 2009, this game featured Wayne Rooney as its cover athlete, and one of its best players.

WHERE THEY GOT IT RIGHT

Lionel Messi, at a 90 overall, represents the absolute peak of soccer talent.  He probably loses a few points because he doesn’t dominate in the air, and his man-marking is only average.  Aside from that, he was, and still is, the world’s best player.  Cristiano Ronaldo follows closely behind at 89, and the best defender in the game is a toss-up between Carles Puyol (very worthy a few years ago, but has lost a bit since) and the monstrous Nemanja Vidic.  (Who’s afraid of Balotelli? Most people, but not Vidic)

WHERE THEY GOT IT WRONG

Ranking goalkeepers among the best players in the world is a tough task.  Their skill set is so specific, and the team around them can also affect their results.  That being said, Iker Casillas and Julio Cesar were both rated a little too highly for me.  In 2010, Gianluigi Buffon was the world’s best goalkeeper, and has managed to remain an arguable choice for that title, even in 2013 at the age of 35. 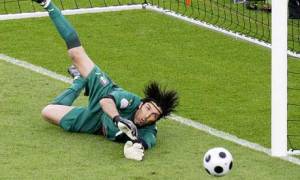 Buffon making a save, using hair to slow down.

WHERE THEY WERE NOT EVEN CLOSE

In 2009, Kaka was 27 years old, supposedly at the peak of his soccer career.  He had just transferred from AC Milan to Real Madrid, which is something like Don Draper leaving Betty Draper for Megan Calvet. (Read Daniel Reynolds’ Mad Men column every Monday, only at samepageteam.com!!) Based on past performance, Kaka was the best playmaker in the world, and wholly deserved the rating of 88.  Since 2009, Kaka has dealt with numerous long-term injuries, and even when healthy, has been left on the bench to watch guys like Mesut Ozil and Nuri Sahin supplant him.  2009-2010 should have been a great season for a player on his way to legendary status, but instead, he regressed so dramatically that his recent inclusion in Brazil’s national team squad surprised everyone, even Kaka himself.

Look, I don’t need to point out the fact that injuries and freak seasons can make player ratings look nonsensical in hindsight.  That’s not the point here.  The sports world can so quickly create a hero, or a scrub, out of its participants, and attempting to quantify their contributions can often be a fool’s game.  Yet, we continue to watch for player ratings as new games are released, at the very least as the starting point for discussions on player values.