Even before Yeezus’ opening track ‘On Sight’ comes crashing in, we might recall the modest applause that closed West’s last solo album, My Beautiful Dark Twisted Fantasy. Whereas that sign of approval ends an album crafted to give the audience what they want, Yeezus throws a party none of us are invited to. Here, we stand amongst the rest of the scrutinizing public at the edge of a gulf that separates the world from Mr. West. It is from a distance that we experience the album, observing from afar the precipice of madness from which Ye’s music emanates. However, by this detachment somehow we become more attuned to Kanye’s introspection; his feelings of alienation, loneliness and paranoia become more palpable. It is this vulnerability that provides the only source of light on the album, reassuring us that amidst Yeezus’ dark and bleak sonics, there still remains the vestige of something human. That in fact, this album might not be what we want, but what we need.

Of course this last sentiment is echoed in the Holy Name of Mary Choral Family sample that interpolates the stone-cutting synthesizers of ‘On Sight.’ Summoned by Kanye as a mouthpiece, this sample simultaneously flirts with the past and our expectations of what the rest of the album might hold. However, this brief break in the clouds is quickly overcome by darkness once again. Kanye’s brash delivery cuts back in, riding the abraded rhythmic patterns and squelching sounds of a 303 reminiscent of Phuture’s groundbreaking 1987 single, Acid Trax. Unlike any other album in West’s discography, Yeezus’ opener erupts with ferocity: an untethered and primal energy that does not set the mood as much as establish a path of destruction.

The frenetic pace of On Sight surges forward through the sinewy, sonic landscapes of Black Skinhead, I Am a God, and New Slaves. The narrative movement across these tracks is barbarous, hostile and violent. The repetition of lyrics, tones and musical phrases almost incite delirium. The atmosphere is infernal. Yeezy season is here. And yet, rather than be struck by fear we revel in the album’s state of tumult. There is beauty in its chaos; iridescence in its black and white imagery. This is Kanye in close-up.

Despite every seized opportunity on the album to spark outrage, to induce revulsion, to push us away, it is Ye’s vulnerability that keeps us engaged. At the heart of the monstrosity of Black Skinhead, the despotism of I Am a God, the aggression of New Slaves, there is a raw, warm emotion. Kanye’s voice occupies the summit of the album’s sharply defined sonic structure. His brazen monologues are foregrounded in the mix, charging in with rants rather than raps. Sure, his rampant delivery is confrontational but it evokes a face-to-face encounter with Kanye.

One of the most intimate moments on the album arrives in the outro of New Slaves. A drum roll enters and explodes. We soar like a firework into the stratosphere. At this altitude we hear Kanye scream over a sample of Omega’s ‘Gyöngyhajú Lány’: “So let’s get too high, get too high again.” This triumphant cry almost feels like Kanye’s answer to the first question posed on Dark Fantasy: Can we get much higher? Apparently so. From here we feel the album’s tension slacken; its climate changes. Kanye’s polemic against racial injustice, corporate corruption and the trappings of wealth begin to cool off a bit.

On ‘Hold My Liquor’, Kanye shifts his attack from the political to the personal. Justin Vernon and Chicago-native Chief Keef open this song; an unlikely tandem that manages to create a stormy atmosphere with their contrastive timbres. Vernon’s airy and fuzzy vocals and Keef’s coarse but distinct tone offer the most palatable introduction we experience thus far. However, like every guest feature on Yeezus, Vernon and Chief Keef appear to be inhabited by Kanye himself. Their unmistakable timbres appear to be used as instruments that Kanye exploits; personas that Kanye adopts in order to convey the overwhelming sense of isolation that pervades this song. This is exemplified when Vernon sings: “Calling up your uncle’s place/ Shit’s all over the place/ I don’t hear your phone/ Ohh, I wanna phone home.” Even more striking is Kanye’s narration of his lover’s ‘auntie’, who warns her niece: “Baby girl, he’s a loner/ Baby girl, he’s a loner/ Late night organ donor/ After that he’ll disown ya.” Although some listeners may interpret Ye’s lyrics as another tired attempt at self-victimization, within this musical composition it creatively adds another perspective to the song’s portrait of loneliness.

On ‘I’m In It’ and ‘Blood On the Leaves’ we find Kanye’s political provocations being cannibalized by a disturbing blend of eroticism and misogyny. A freakish mash-up of black nationalism and gangster-rap libido pervades both songs that conflate memories of slavery and raunchy bedroom exploits. Here we find Kanye jump-cutting between the oppressive history of African-Americans and the oppression of his own failed romances. However, we get a sense that Kanye is not so much equating these disparate psychological traumas as much as indicating their shared existence within his memory.

Although Kanye’s preoccupation with past traumas appears to dominate the album thus far, ‘Guilt Trip’ and ‘Send It Up’ reveal a return to the present. The anxieties about approaching parenthood or the raucous club lifestyle of rap celebrity are aired out over beats infused with color. The edges of both of these songs have been smoothed down. The clouds begin to part. At the outro of ‘Send It Up’ we hear the self-proclaimed ‘King of Dancehall’ Beenie Man sing: “Memories don’t live like people do/They always ‘member you/Whether things are good or bad/It’s just the memories that you have.” After rifling through painful memories of oppression and/or unrequited love for much of the album, this sample offers much needed acuity: that memories are not to be repressed but rather confronted, stirred, and savored. 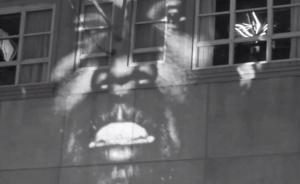 Following this brief glimmer of hope, we arrive at the end: Bound 2. This track showcases the album’s brilliant structure as it enters radiating with color and warmth after a long sequence of cold, jagged songs. It is the antithesis to On Sight: relaxed, affectionate, and angelic. The large splices of the Ponderosa Twins Plus One sample evoke memories of Jesus pendants, Ralph Lauren sweaters, and a college mascot sitting all alone. Once again we follow Kanye into the past but this time we are overcome with nostalgia. We arrive at a celebration; we witness Kanye interact with someone. He asks, “What you doing in the club on a Thursday?/ She says, she only here for her girl’s birthday.” Unlike the other songs on the album, the lyrics on Bound 2 are witty, conversational, and unguarded.

Of course, this song also contains the most memorable line on the album — “One good girl is worth a thousand bitches.” After hearing this line, something clicks. Yeezus is an album searching for intimacy however by its design and appearance it is sabotaged to fail. In its attempt to redefine the parameters of what is possible in hip-hop it finds itself without a home. As a result, it becomes hostile to the spaces designated for music: record store shelves, Top 40 charts, Youtube. Instead, it finds autonomy on the neutral faces of brick walls, it finds an outlet inside the cavernous space of a loading dock in West Manhattan; it finds anonymity in transparent jewel cases.