By now, you all know what’s happened. The best basketball player in the world is headed back to his roots in Northeast Ohio.

I’d be lying if I said I saw it coming heading into the off-season. After four straight Finals appearances in Miami, I thought at the very least he’d give it one more shot in South Beach. Maybe it would be a two year contract, like the one he just signed with the Cavaliers, bridging his way to the expected jump in the salary cap, and then, who knows? Maybe then owner Dan Gilbert would be gone or enough water would have passed under the bridge for the King to head back to Cleveland.

I didn’t expect it to happen now. But I did always have the faint hope that it might.

That’s right. Hope. Like every sports fan, I’m a fan of redemption; full disclosure, I’m also a fan of LeBron. Always have been. I can’t totally explain why. He’s obviously pulled some prima donna junk in his day. ‘Quitting’ on his team in the 2010 Eastern Conference Finals. Barely showing up for the 2011 Finals. And of course, forever and for always, there will be “The Decision.” I don’t have time for that garbage. But I’ve always had time for LeBron.

I love his game. I’m not going to go fanboy here, but I can unabashedly say he’s the greatest athlete I’ve ever seen live. I’ve seen him score 50 in a loss and I’ve seen him drop a triple double in a win. He plays within the game – he doesn’t force the game to conform to him. When it does bend to him, it’s because he’s a force of nature playing the game the way it’s supposed to be played, only at a level nobody else can reach. Despite the bumps in the road, I can appreciate that on an objective level. 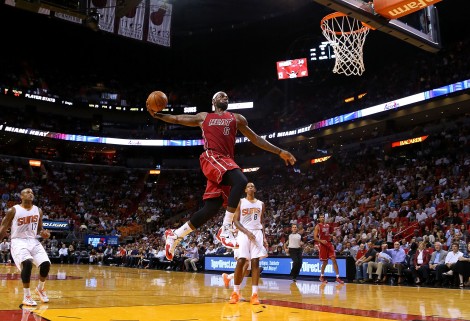 The talent has never been the question with LeBron

When you think about this new career move, it’s really genius on LeBron’s part. On all fronts, not the least of which, is that he gets absolutely everything he wants. He gets max money. He gets the chance to make things right with his hometown. He gets to show, publicly, that he’s grown up. Classy statements from Pat Riley and Dwyane Wade have expressed regret, but acknowledgement of the reasoning behind his decision. How can you disagree with someone who wants to go home? It’s our basest instinct.

So on a personal level it makes sense and because of that, on the PR side, it works. On the basketball side, he gets to head a talented young roster, burgeoning with lottery picks. He also fills their greatest need, at small forward. He will be the undisputed leader of the team. He can mentor Andrew Wiggins. He can try to bridge the gap that was obviously present between Kyrie Irving and Dion Waiters at times last season. He can be the catalyst that takes a team with talent and turns it into a talented team. He can do all of this with the knowledge that if his career ended tomorrow, he’d be a first ballot Hall of Fame player, an MVP and a champion. That part of the story is already written.

The next part of the story is strange; he goes into a situation where expectations are, if not low, then lowered, odd for a player of his stature. He’s brilliantly turned himself into an underdog again, somehow. Everyone loves an underdog, even if it’s begrudgingly. The city of Cleveland hasn’t won a major professional sports championship since 1964. It would be a spectacular thing if he won but if he fails, he fails like everyone has before. In his announcement Friday, he was careful not to guarantee team success but to state that the weight of winning even one title in Cleveland would surpass anything else in his career. And maybe it would. Or maybe, just maybe, LeBron saw what it took to head the Finals for four straight seasons, with future Hall of Famers for running mates, and realized that there’s probably no way he’s getting six titles, to put himself equal with Michael Jordan, or even five titles to put himself even with Kobe Bryant. He needs to forge his legacy in a different way. This makes perfect sense. He’s a singular talent and he’s going to have a singular story. LeBron is a self described student of basketball history. He understands this.

Miami Heat head coach Erik Spoelstra put it best, when discussing the 2011 Finals loss to Dallas in Sports lllustrated. “We tried to take an unconventional player and put him in a conventional system.” He was upset about this, because he felt he’d wasted a year. The article says that he “scolds himself” for doing it, as if it was a silly mistake only a child would make.

Let’s stop making the silly mistake. Let’s take that statement as gospel when thinking about LeBron. Let’s stop trying to put him in a box. He doesn’t fit.

For those who think his career is somehow lessened by the fact that he moved teams during free agency, rather than ‘sticking with his roots’, ‘enduring hardship’ and ‘staying loyal’ I have to say, unequivocally: get bent. We’ll never know what Magic Johnson or Larry Bird would have done with free agency because they never had the chance to leave. It wasn’t how things worked in the 80s. Besides, both players came into plum situations with stacked teams – both also won titles within their first two seasons. Pressure’s off boys! Michael Jordan signed an eight year deal that ran from 1988-1996 that by the end, left him criminally underpaid for his services. He responded by torturing the Bulls in his unrestricted free agency before 1997 and 1998, alternately threatening to jump to the New York Knicks and/or retire. He eventually signed one year deals before each season, first for 30 million and then again, for 33 million dollars. To keep that in perspective, LeBron’s max deal this next season will pay him around 20 million dollars and Jordan’s deals were almost 20 years ago! The owners’ enforcement of the latest free agency system, imposing stricter financial terms and term limits for contracts are what created situations like this in the first place, which is why it’s funny to hear them complain about LeBron dragging out the process. If LeBron was being paid in a free market, he’d get 50 million a season. If he did what Jordan did to the Bulls in those two seasons, the Internet would self-destruct and he’d be crucified. He was ripped apart for taking ‘so long’ to make his decision this year, and he only waited a day and a half after the moratorium on signings ended! 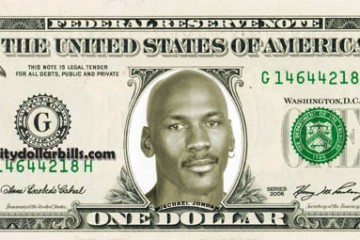 It was late 2012 when I first got the inkling that LeBron’s return might eventually happen. When the seeds of hope were planted. That was when he was named Sports Illustrated’s Sportsman of the Year.

The article reads like a love letter to Ohio. It discusses his triumph in Miami, yes – he had just won his third MVP award and first championship – but more than that, he expresses wholehearted regret for the way he treated the people who raised and nurtured him.

In that vein, it bluntly addresses “The Decision.” It discusses how little LeBron thought about how the aftermath would play out. It talks about how much the reaction affected him, personally and professionally. About how he thought it would be a nice thing to make some money for the Boys and Girls Club, who had given him a lot when he was growing up and that it wouldn’t be nearly as big a deal as it was. James said:

“It affected far more people than I imagined. I know it wasn’t on the level of an injury or an addiction, but it was something I had to recover from. I had to become a better person, a better player, a better father, a better friend, a better mentor and a better leader. I’ve changed, and I think people have started to understand who I really am.”

People forget, but he was just a kid when that stupidity took place. He was 25 years old. Twenty-five! Can you imagine if you had to relive the worst decision of your 25 year old self’s life, again and again, in infamy, forever? Yikes.

So when I read the letter posted to, fittingly, the Sports Illustrated website on Friday morning, it made sense that Lebron began with the line:

“Before anyone ever cared where I would play basketball, I was a kid from Northeast Ohio…”

Too often as sports fans, we see players chasing championships, chasing big money contracts and chasing endorsement deals. It’s a business we’re told. Careers are cut short – athletes need to make the most money while they can – because their chance could be over at any moment. We have to respect that. We encourage business savvy athletes and expect cold, calculated decisions. We don’t get to see our heroes think with their hearts.

Well, LeBron doesn’t have to chase anything anymore. He’s got it all. But before he was the King, he was just the kid. And all kids want, when the day is over, is to go home. Good for him.

One response to “The Homecoming King”