Back in 2005 at the 30th annual Toronto International Film Festival, I was faced with a rapidly shrinking number of choices. I had stood in line for the better part of five hours and now, as the clock struck noon, I was at the front. It was buying time. Having only enough money for two pairs of tickets and one single, I settled on Guy Richie’s Revolver (big mistake), Tommy Lee Jones’ The Three Burials of Melquiades Estrada (solid), and a funny sounding film from the son of a world famous Canadian director and producer.

The film was Thank You for Smoking, starring Aaron Eckhart as charming tobacco lobbyist Nick Naylor and a well-stocked humidor’s worth of damn fine actors including Maria Bello, David Koechner, Kim Dickens, J.K. Simmons, William H. Macy, Rob Lowe, and more. Despite its lack of profile and my “oh boy, I hope it’s good” trepidation, the Saturday night screening revealed a film with a punchy and sarcastic take on our culture’s desire to be both litigiously correct and unapologetically free. Its script gleefully skipped along, lampooning government, Hollywood, big business, and the finer points of parenting. Sure, it merely skimmed the deeper pools of satire it found, but so what? All of its actors (particularly Eckhart, who positively glowed) looked to be having the time of their lives. The film ultimately grossed almost 40 million dollars worldwide (against a 6.5 million budget) despite being released later in the hinterlands of March. All the signs pointed to Thank You for Smoking‘s writer and director as being the next big Hollywood mover and shaker. The world had officially been introduced to Jason Reitman.

And less than ten years later the world has one question: what the hell happened? 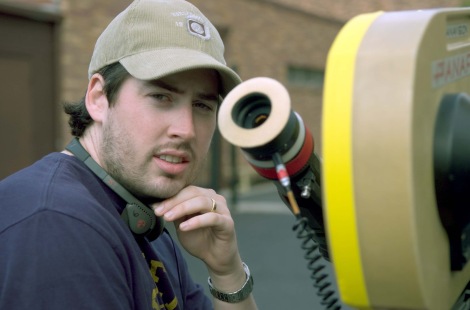 In case you missed it, Reitman’s latest film, Men, Women & Children, is in the process of bombing hard at the box office and in the hearts of critics worldwide. I admit, I have not seen the film, having been turned off by its tone deaf marketing campaign trumpeting it as the film to see if you want to understand this craaazy new world we’re living in. (Did you know you can find sex… on the internet?) Ditto for Reitman’s previous film, Labor Day, based on a Joyce Maynard novel of the same name that I quite enjoyed. That one went down in flames too, despite boasting an alluring lead pair of Kate Winslet and Josh Brolin. It got pushed out the door in January to indifferent eye rolls, made a meagre 19 million globally, and promptly died in the cold.

This feels surprising now given the success of Reitman’s early career. There was once a time when the promise of an incoming Reitman film was invigorating. From 2007 to 2011, he made three films: Juno, Up in the Air, and Young Adult. Each had something to boast about, each felt different or at least more challenging in some way than the one before. This was Reitman’s star-making apex. With Juno, he essentially plucked the debut script of Diablo Cody from obscurity and crafted a sweet, heartwarming movie about heavy subject matter that allowed its characters – awkward and self-conscious at first – to breath in natural and surprising ways. Up in the Air sought to soar even higher. Here was Reitman as pulse taker of a young century – a film about a man who fires people, while the real world languished in a recession. The material was complicated, the emotional cords extending further, and the star wattage considerably higher. Reitman marshalled George Clooney to an Oscar nominated performance. It was proof that he could do it all; the quirky indies, movies for the young and old, expansive mature well-made crowd pleasers.

Reitman’s next choice, a reunion with kindred spirit Cody, was the most profound risk of his career. Young Adult, bravely led by Charlize Theron, is the dark comedy that cast aside the glibness of Reitman’s earlier work. Unlike Up in the Air‘s easy smoothness, or Juno‘s winning heart, Young Adult offered no answers to its protagonist’s struggles with her past, her family, her alcoholism, or herself. Theron’s Mavis Gary, clad in dumpy track pants and unfortunate makeup, remains unchanged throughout the film’s run time; she learns no lessons. It’s the kind of film that is very challenging to make, and usually results in, at best, a tepid response from critics and the public. That it was led by a woman (and an actress of Theron’s stature) feels vaguely impossible, even now. The degree of difficulty on successfully making a film like Young Adult is very high. The film is darkly funny, and in some ways presages elements of the Girls/Broad City/Bridesmaids world whereby women can be just as gross or broken (or caustically funny) as men. Reitman was to be commended.

But the diminishing returns came anyway. After the huge success of Juno ($231 million worldwide gross, and an Oscar win for Cody), there was Up in the Air‘s modest decline, despite the presence of Clooney, to $166 million and no Oscar wins. Still, this was hardly cause for alarm; you don’t win all the awards all of the time. But then, Young Adult made 22 million globally and was quickly washed away like yesterday’s caked on eyeliner. It was met mostly by hostility from the public, got no major award nominations, and left Reitman at a career crossroads. 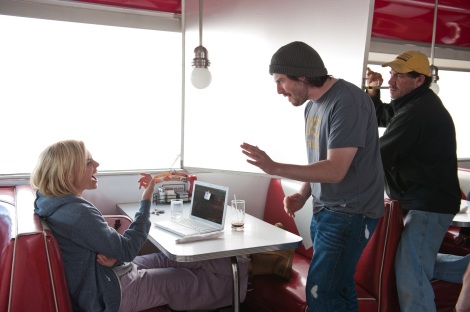 In a way, Reitman appears to be sliding along the path of another one-time highly regarded young filmmaker, our old friend M. Night Shyamalan. For a five year stretch between 1999 and 2004, it was Shyamalan who was the undisputed cinematic king of North America. Few directors will be able to touch his run of four wholly original films (The Sixth Sense, Unbreakable, Signs, The Village) in terms of box office impact – especially now when the only mega-successful non-franchise/sequel films are made by Christopher Nolan – and generally positive critical acclaim. Each Shyamalan movie during that era felt like an event, even as they got increasingly bent out of shape by whatever absurd twist ending he felt necessary. By the time the big reveal came in 2004’s The Village, a film with a fantastically moody first half and a cast to die for, it felt like we’d just been witness to an artist’s plunge off a cliff. Shyamalan would never quite recover. By 2010 he was working over franchise material; by 2013, he was trading in on the faded star power of Will Smith.

Reitman’s reign was never quite as pronounced as M. Night’s. He’s never quite controlled the cultural conversation like Shyamalan did or pushed forward as strong a cinematic aesthetic. They’ve since been supplanted by directors, at both ends of the spectrum, like the aforementioned Nolan, assiduously plumbing the depths of humanity against expansive science fiction backdrops, and artistic mavericks like Paul Thomas Anderson, labouring away at complicated visions of troubled, complex people.

But Reitman’s work, more so than Shyamalan’s clever genre revivals, always felt like an antidote to the rapid super-sizing of movies. His Juno and its gloriously talkative thumb to the eye of the violent and macabre films of 2007 remains as something of a rallying cry. It built Diablo Cody’s writing career, for better or worse, as an alternative voice in an increasingly stultifying artistic landscape. It introduced us to some young actors worthy of acclaim while forcing us to reassess the more experienced members of its cast. It announced: here, we can have fun, thoughtful and meaningful movies about the world we live in right now; no exploding spaceships, time travel or superheroes necessary. 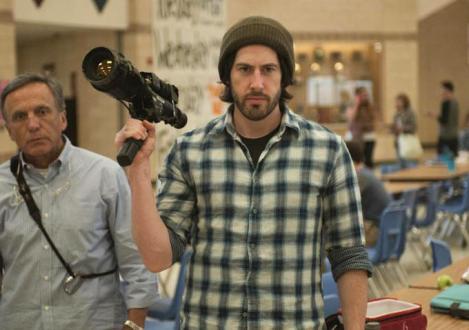 Reitman’s latest films appear to show a filmmaker out of touch with the reality he sought to expose. As the superheroes continue to blow up the multiplex, he’s burrowing back into those pre-millennial days of American Beauty (for which he has fittingly hosted live reading events) when the biggest villain was suburban ennui. The dating of his films, the same punchy zingers of Thank You for Smoking and Juno’s “honest to blog” lines, feels hopelessly quaint now; Up in the Air, in retrospect, bares a whiff of inevitable smugness. The failure of Young Adult appears to have driven Reitman into a different place. Did he plummet off the ledge like Shyamalan, convinced that his talent would allow him to soar or, did those post-YA barbs cut deeper than we know, driving Reitman to the comforts of an era when his slickly produced messages, however removed, still carried some meaning?

Reitman was at that TIFF screening of Thank You for Smoking of course, beaming proudly at the appreciative audience and talking excitedly before and after the film was shown. Studios were clamouring to buy and distribute his movie for upwards of seven million dollars. Sure, he’d come from Hollywood royalty, the son of Ivan, famed producer and director, but so what? He’d made this movie on his own. He’d arrived. And less than ten years later, we wonder where he went.