When The Avengers hit theatres around the world in 2012, comic book fans, superhero geeks and action movie buffs nearly peed their collective pants.

This was it, finally. Marvel had been the one to do it. They had made the highest-grossing superhero film ever, a mash-up of everyone’s favourite characters coming together for a roller coaster two and a half hour narrative that satisfied both adults and children alike.

For many of the same reasons Avengers was a success, so too is that of The Flash, the continuing tale of Barry Allen that airs at 8:00PM ET on The CW every Tuesday evening. The show has had a lot of instant success, with fans especially enjoying the level of effort going into making the DC Comics superhero come alive in a television series with an obviously much smaller budget than that of a Hollywood epic. To understand what factors into Flash’s sudden rise it helps to look at the other superhero shows surrounding it. 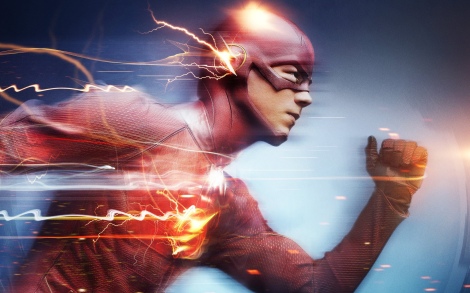 The lightning means that the Flash is moving fast FYI.

Gotham, another new show that took off around the same time as Flash, has received the exact opposite reaction of its high-speed counterpart. The show about James Gordon before the arrival of Batman has been slow, featured silly villains (Balloonman?!) and wasted time on a lot of characters that just don’t grab the viewer and often seem irrelevant.

Agents of S.H.I.E.L.D. and Arrow are both shows that are improving and have created a solid ground for continued success. Each of them started off a little wobbly, but they’ve evolved into something surprisingly fun. Both of these shows are dark and gritty (Arrow more so than Agents), but work well under that mantra. Because of this, they are both more adult-oriented and cater to that audience specifically.

The Flash has no such target, at least not yet, and this is the beginning of what separates it from other comic book adaptations. Like Avengers, it’s a little bit cheesy and lighthearted, with serious action and drama mixed in as a sort of sweet, secondary dessert. The immediate appeal of Flash’s characters is that they all have a gentler side, and almost all of them crack jokes at some point; the exclusion being Dr. Wells (played by Canadian Tom Cavanagh), of course. This works to allow younger viewers to engage themselves with the show, perhaps more easily than they would have with the darkness of Arrow. Like the gang of Avengers, the characters are still built around serious concepts, but those concepts are cleverly glazed with the fun buoyancy of Barry and company.

What makes this simple and playful spirit of Flash’s characters work perhaps even better than Avengers’, is that Flash is an actual jokester in the comics. He does make Spider-Man-like wisecracks and mockery of dark matters. Like Flash himself, the show feels no need to be so serious and gritty as some of the others and, because of its characters, works just fine. But it’s not just the characters. There entire show carries this playful texture through other elements as well. 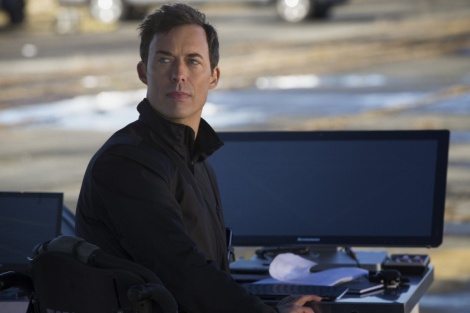 Tom Cavanagh as Dr. Wells plays, get this, the straight man.

The action, wickedly entertaining for a television show, is pure fun. There are a few times where the viewer worries a little about Flash’s safety, but mostly the anxiety lies in how Flash is going to defeat the villain. With a supersonic punch? By leading his foe into a trap?

It is reminiscent of the ending of Avengers, where Hulk catches Loki and smashes him repeatedly against the ground in an extremely anti-climactic yet hilariously cheesy finale. The viewer can live with and accept that cheesiness because that’s what the film was trying to be; a little silly and a whole lot of fun.

Every single episode of The Flash is like that. Heck, it would be entertaining enough just to watch him zoom around the city for forty-five minutes. It’s that sort of fun that no other comic book show has managed to capture. Perhaps its best counterpart are the early seasons of Smallville, which featured a young Clark Kent growing up and learning about his powers while coming across a variety of foes. The character of young Superman is also more lighthearted, since what he stands for is justice, morality and freedom. Yet even Smallville was a bit more serious in tone from the beginning, and left a lingering sensation that the show was, at some point, going to take a mature turn. For now, this sensation has been absent in The Flash, and that’s just fine. Especially considering it has only aired nine episodes to date.

It should be perfectly content being what it is: a program that both adults and kids can watch and enjoy, and more importantly want to keep watching. That said, something The Flash has done that makes it unique on TV is the same exact thing that made The Avengers so exciting in film: it has crossovers. The Avengers was one giant crossover, with hit characters from multiple Marvel properties coming together to fight evil on the same screen and interact with each other. It drew audiences in like flies to sticky paper. 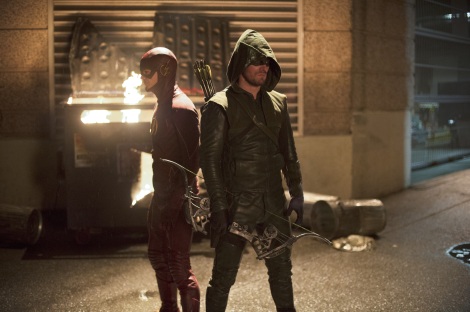 Other comic book shows have done these things before by having special episodes or moments where other well-known names would pop up. Smallville did it, creating its own mini Justice League that was pretty neat at the time. But it took seasons to get to that point. Flash brought in its first full crossover by episode eight, which featured Barry meeting up with Oliver Queen and his buddies from Arrow. By bringing in such a thing so early, the show is promising its viewers more of the same expansive world building that people (especially comic book nerds) have been clamouring for.

Just as it was amazing to watch Thor slam his hammer into Captain America’s shield, the audience is given its first thrilling Flash vs. Arrow duel and a building of relationships between the characters. What other comic book show has managed to please in this way, and so early on in its life span?

That brings up one final fact: The Flash is still young, which means that it unfortunately has a lot of time to crash and burn like so many other shows that kicked things off with a bang. But even through just these nine episodes, I’ve found myself having more fun and thus wanting to watch more of it than any other of the superhero options available. On a much smaller scale, The Flash has opened up its journey emulating the joy and twitch-inducing pleasure that The Avengers gave us. If you want to be the best superhero show, then why not take all you can from one of the best superhero films?

Keep that DVR handy, you’re going to need it. If you blink, you could miss the best comic book show on television.

The Flash returns with its next episode in two weeks on January 20. Keep an eye open for it!