Eaux Claires is a new festival. In its promotion, we were told it’d be a different kind of music festival. Not put together by a promoter, but by human beings. Human beings who care about music.

It’s the brainchild of Justin Vernon, the man behind Bon Iver and everyone’s favourite album backstory; a man and woman break up, he retreats to the beauteous woods of Wisconsin, and writes a collection of heartfelt songs. Just mentioning For Emma, Forever Ago draws romantic sighs.

Vernon’s repertoire has grown considerably since that poetic debut in 2007. Bon Iver’s second album, Bon Iver, was a critical darling for its expanded instrumentation, yet intimate subject material. Vernon’s song titles on Bon Iver recalled places in his own life, both at home and abroad. For a second time, though, the music’s beating heart was in his hometown of Eau Claire, Wisconsin.

Thanks to Kanye West collaborations and a multitude of non-Bon Iver projects, Vernon has grown into an entity capable of his own festival. Eaux Claires is that festival, named (kind of) for the town it takes place in. The grounds of the festival are in a valley formed by the Chippewa River, and its first year tapped indie darlings The National and Sufjan Stevens to play ahead of Bon Iver. Given I’m from Winnipeg, a city with sub-par indie bookings and very few festival options, my girlfriend and I decided to take a flier down on a fest in the cheese state.

Yeah, there were first-year hiccups. Though a rosy picture has been painted, Eaux Claires was fairly bad at instructing 22,000 patrons on what to expect. The schedule came out just a week prior to the festival, a map or list of vendors wasn’t available until you got to the site, the entry line was two hours of chaos, and the act descriptions were in Justin Vernon lyric speak, not plain English. I get emotive describers, but two days of parsing descriptions like this got tiring. 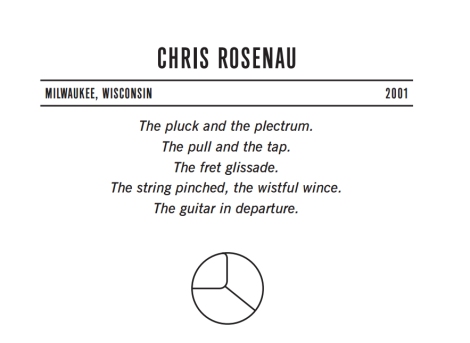 Indeed, there were many Vernon-isms, including the addition of local author Michael Perry as “official narrator”, offering headliner introductions as slam poetry with gravitas. It was unnecessary, given the obvious intent by Vernon to make the music speak for itself.

Despite a majority of acts playing a quieter genre of music, the sound was magnificent. With two stages in the main field trading off performances, and a third a ten minute walk away, there were no sound bleed issues typical of a music festival. The sound systems didn’t cut corners, as Vernon expressed in an interview with Grantland. 300 feet back at a Field Report set on Friday afternoon, it was pristine.

Great sound only gets you so far, though. In the lineup, there was eclecticism aplenty at Eaux Claires. Indigo Girls performed Swamp Ophelia, Vernon’s favourite album, in its entirety. S. Carey performed with the University of Wisconsin-Eau Claire Jazz Ensemble. The Blind Boys of Alabama played straight-up gospel. There was also plenty of Midwestern unknowns. Here, collaboration ended up being a huge factor in learning to enjoy unfamiliar music. The No BS! Brass Band – called the “MVP’s of the festival” by Vernon – spent the entire two days either parading the grounds with 80’s covers or acting as the brass section during sets. On Saturday night, when they walked out to join Sufjan Stevens, an enraptured crowd knew that an Illinois track was coming. When the group delivered the opening notes of “Come On! Feel The Illinoise!”, it was bliss.

Stevens, the only headliner with a 2015 release (the career opus Carrie & Lowell), was the act with the most immediacy. In an iconic trucker hat, he was chattier than usual, quipping “Sorry, even my happy, strummy songs are about death” after a play of “Casimir Pulaski Day” where he messed up the order of the verses. His set closed with a new album track, “Blue Bucket of Gold”, which he turned into an eight-minute synthesizer freak-out. Stevens is famous for genre-hopping, and his Eaux Claires set showed he’s already experimented with his hushed tracks, giving them a new outfit to wear.

The other headliners embraced collaboration as well. Stevens joined The National’s headlining set on Friday, his breathy vocals acting as the perfect foil for Matt Berninger’s baritone on slow cuts “Afraid of Everyone” and “I Need My Girl”. Vernon came out for Boxer cut “Slow Show”, echoing Berninger’s lines, adding falsetto and a guitar line to a meta-romantic atmosphere. “So many sweaty men hugging each other,” remarked Berninger sometime after.

After hearing everybody and their mother thank him for the festival, Vernon paid back, bringing The Staves, both Dessner brothers, Aero Flynn’s Josh Scott, yMusic, and (obviously) the No BS! Brass Band out during Bon Iver’s career-spanning set. After all that, the festival closed with three tracks – two new songs, a surprise to many expecting a simple reunion show, and “Skinny Love”, the beloved For Emma track that led Vernon to a place where Eaux Claires was possible. It was a reunion and a celebration, an ideal cap to the weekend.

Anyone who’s been to a music festival will tell you it’s an overwhelming experience. Seeing that many bands in that short a time leaves you washed out, exhausted. Even two days later, I’m already a little hazy on the details. When acts come together, though, when this guy you love joins that guy you love on stage, you remember it. In his interview with Grantland, Justin Vernon hit this experience on the head when comparing Eaux Claires to other festivals:

“Ours is a different outlook. We’re not crushing ticket sales. But guess what? The people that end up taking a chance and seeking us out and coming to have an experience I think are going to be getting the best experience… Picking music for music’s sake seems like the obvious choice, but it doesn’t seem like the obvious choice when you look at a lot of the other festivals out there.”

That’s where bigger festivals get old, fast. Lollapalooza, Bonnaroo, and Coachella have made a killing on tapping bands chosen by record sales and Pitchfork reviews. Sometimes, as a change of pace, it’s nice to have music picked for you by a human being. It also helps when that person has a ton of great musician friends.

That “us”, that sense of collaboration and friendship, bled from the music down into the audience. In the face of first-year growing pains, it’s what made Eaux Claires a special experience.