Oh to sit and stew about Oscar nominations; that’s the life, isn’t it? The names of all the nominees were announced yesterday morning for the 88th Academy Awards, and the rage is, as always, very real.

If you’ve been a long time reader of the Same Page, you may recall my revolutionary Oscar Nomination Outrage Scale (ONOS; pronounced properly as O NOOOOOOOS). If you do not recall this, I angrily understand. Still, allow me to explain what it is anyway, because you may have some heretofore undiscovered rage you wish to direct.

The ONOS is a 20-point scale, broken down into four categories, each assigned a value on a scale of one to five. The category breakdowns allow us to assess each nomination on its suitability — an outrageous nomination means a higher number in that category, a cool one gets a low number. Then, we tally up each category score for a number out of 20 and assign it the appropriate fury and action. This is important.

Now, what are these categories of which I speak? Good question, friend. They are as follows:

Novelty: The Oscars love, for example, to give out nominations to first timers, really old people, and incongruous (for the Academy) artistic choices. I have (angry) questions about this.

History: For an event that is closer to 100 years old than zero, we have to account for history. Some people have it, others do not (or have ugly history) and that comes into play.

Politics: The most insider-y and hardest to define category. Let’s just say the hashtag #OscarsSoWhite didn’t happen entirely by accident. This is where the jokes that this year’s host Chris Rock will make live.

Right. So with that worked out, let’s highlight a few of the more outrageous Oscar nominations and decide once and for all (until next year): How outraged should we be?

Outrage on the Page!

Merit: 3. OK, so I didn’t see Straight Outta Compton, but I did not receive a ton of good words about its long shambling structure and, uh, loose interpretation of the facts. Just saying: maybe the writing wasn’t the film’s greatest strength.

History: 1. None for the nominees themselves. But you could theoretically (or viciously) get stirred up for Tarantino getting snubbed here.

Politics: 5. Every which way, here. The Oscars have a hard time finding people of colour to nominate, and then along comes a movie almost exclusively about black people (plus Paul Giamatti) and the Academy nominates… the white writers!

Merit: 2. I can’t get that angry about this one. The Hateful Eight is filmed in 70mm and for a few scenes, it is glorious. But Tarantino’s decision to set almost the entire film in a shack feels like he’s trolling us. Not sure we should reward that.

History: 4. Richardson is no joke. He’s been nominated nine times for Oscars and won three. Perhaps it’s not too surprising that he got nominated over, oh I don’t know, the far more unknown (and female!) Maryse Albert for Creed.

Merit: 4. There’s a scene in here when the words “January 2007” appear on the screen just as we see Steve Carrell march down a New York City street in a suit, blazer flapping in the warm sunny breeze. Best what now?

Novelty: 4. Here is Margo Robbie in a bathtub, here is a clip of Ludacris, here is a Murakami quote, here is a voiceover, here are actors talking to the camera. All right, slow down.

History: 1. Nothing for Corwin, but it definitely feels like the Academy has picked The Big Short as a message movie worth heeding. (Which, to be fair, is true. It inspires actual, real, important outrage.)

Politics: 1. Honestly, no real political play here. This is more based on merit. I like a tight film. 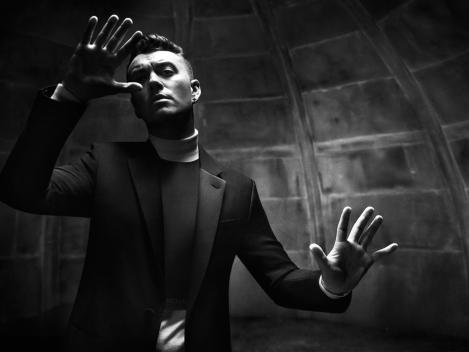 Best Song – “Writing’s On the Wall” from Spectre, Sam Smith

Politics: 5. Radiohead did a song for Spectre the filmmakers decided not to use. Uh, what?

Merit: 3. This is strictly lower level Lawrence, and sub-par Russell, so while it is not surprising to see Joy not get any other nominations, this J-Law one ends up sticking out even more.

Novelty: 2. What novelty is left to squeeze out of Lawrence at this point? She’s been nominated three times in three straight Russell pics, and each one has felt less and less deserving.

History: 5. On the Hepburn-Streep actress continuum (it’s a thing I just made up), Lawrence, to me, is next in line. Every performance from here on out will basically be her playing herself, and it won’t matter (for better or worse).

Politics: 5. It’s strange Charlize Theron wasn’t nominated for Mad Max: Fury Road, right? I’m not imagining that the lead of the film with the second most nominations not getting nominated is weird, right? Right?

Merit: 3. On the one hand, The Big Short had to distil a pile of complicated (by design) economic information into a zippy film. On the other hand, the film only gets part of the way there. For most of the run time, the film feels either too slow, or just a bit out of control.

Novelty: 5. It’s McKay, the guy most known for guiding Will Ferrell films towards their mostly funny conclusions. Don’t try to tell me the Academy wasn’t proud of itself for acknowledging the auteur behind Stepbrothers.

History: 2. This, as with novelty, helps McKay here. But this category is more about who wasn’t nominated, namely all the guys with the most history (Scott, Spielberg, Haynes). I guess the stunning control and elegance of Carol just happened by accident.

Politics: 5. The Academy cares about the little people, the poor, the immigrants. And, as always, they are angry at the government. Can you believe those guys?

Total: 15 – There is heat escaping from thine ears

“So, listen to this, we don’t get the Best Picture nomination. I know, right?”

Novelty: 3. Yes, OK, it’s a lesbian love story, but it’s really about much more than that. Not sure if that hurts or helps, to be honest.

History: 4. Todd Haynes, just in total, has never quite gotten a lot of love from the Academy. He’s always shown a willingness to tackle interesting subject matter in an offbeat way and, well, the Oscars don’t do offbeat, usually.

Politics: 5. I blame the voting system for a film like Carol being left out. Or maybe I’m just running out of gas here. All this outrage can tucker a dude out. Go see Carol.

There you have it. Now that you’re all good and riled up, sit back and wait until February 28th to see who wins these damn things. And then, as always, be ready to get mad all over again.

One response to “White Heat: The Oscar Nomination Outrage Scale is Back”