If there’s anything new we’ve learned from the 88th Academy Awards cycle it’s this: the Oscars are out of touch. Yes, a shock, but true. It used to be, back in the day, this most august body would graciously acknowledge the finest talents of its age, no questions asked. We know the names now, etched forever in Academy lore through the years — Welles, Hitchcock, Bacall, O’Toole, Lee. It’s a faultless enterprise, a marker of both artistic and social progress, a reflection not of a painfully insular and myopic group of craftsmen but of wide-eyed artists and visionaries. Until, that is, this very year.

Unlike the previous 87 years of Oscar history, this year the Academy got things wrong. And, what’s more, when the winners are announced, they’ll get more things wrong. Please hold your gasps and try to maintain your composure. I know it’s difficult to hear but it must be said. Your favourite movie didn’t get nominated, and if it did, it won’t win. The actor you like? Unrecognized. The indie film deserving of a bigger platform? Unseen. And let’s not even get started on what’s happening in the technical awards. Fortunately the nominees were all still largely white and male, except where the category demanded they be women. Some traditions must carry on, after all.

So, since this organization, the Academy, is so serious, we must consider the choices they now face. This is important. The 88th Academy Awards are this Sunday night. There will be winners. And everyone, even you in your shock and grief, will want to know who they are. Enter: the Same Page Team Oscar Predictions, a tradition truly like no other.

Now, without further pomp and circumstance (of which there can never really be too much), let’s get to the picks — one serious and one ridiculous for each award.

(Here are the nominees, for reference.) 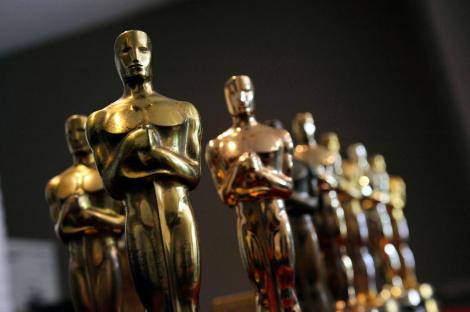 Forget the over-the-top (and yet somehow inconsequential) bear scene in The Revenant, and the familiar (albeit awesome) effects of The Force Awakens, and ride with the real visual mastery of Mad Max: Fury Road.

Ridiculous Prediction: The Doof Warrior takes the stage to accept the award.

If you listen carefully, you can actually hear the sound of Inarritu’s ego drifting along the calm waters of the river. It’s breathtaking, and frankly amazing that it wasn’t overwhelmed by the sounds of Leo’s ego flying high on the winds of nature.

Ridiculous Prediction: Everyone just agrees this and the next category are really coin flips between The Revenant and Mad Max: Fury Road.

But for real, the sound in this movie is really, uh, energetic. I’m not just saying that.

Ridiculous Prediction: In a magical Oscar moment that reverberates through the ages, the two sound categories fold into one and we live in world peace for all time. 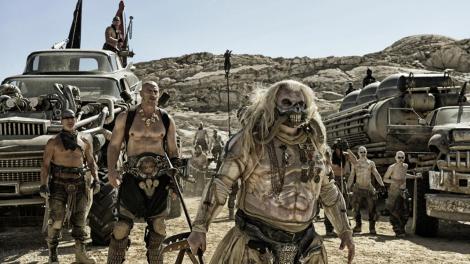 You can’t look away.

Let me just say this is a deeply bizarre category with only three nominees. The Revenant‘s work is nothing we haven’t seen before — blood, dirt, sweat, etc. — but once again Mad Max: Fury Road is doing something wild.

Ridiculous Prediction: Around this moment is when we’ll wonder how it’s possible for Mad Max to win all these awards and not be the best picture of the year.

When in doubt always, always, go with the film with the most ornate and ostentatious ball gowns. That’ll get it done more often than not.

Ridiculous Prediction: People seriously forget that this movie even came out in 2015.

Criticize The Revenant all you want, it is nothing if not breathtaking to look at. Sure, you may find those breathless moments turning to yawns, but you’ll always have the memories.

Ridiculous Prediction: There’s a seat saved for the horse carcass. It doesn’t make it to the show on time.

This category used to be a serious indicator of the eventual Best Picture nominee, but since the two frontrunners (The Revenant and The Big Short) could have used some actual editing, it seems unlikely they’ll win here. Also, Mad Max is edited just about as tightly as a human film can be.

Ridiculous Prediction: For a laugh, the cast of Mad Max (not the stars, but the squalling extras) start going up to accept all these awards.

“You spent how much time thinking about this?”

One is about the death of a famous singer, the other is about the Ebola virus. This is a cheery category with fun time winners always.

Ridiculous Prediction: Everyone just breaks down into tears.

Hello, is there a Pixar movie in the field? It is the winner. But to balance out the fun times of the animated venture, look for the more serious Shok to win the other award.

Ridiculous Prediction: The presenters pat each nominee and winner on the head.

If you’ve seen Son of Saul (as I have), then you’d know there’s very little chance the Academy looks elsewhere here. This is stunning debut from Laszlo Nemes, with bracing technique that keening sets it apart from the rest of the nominees. (Plus, he whispers, it’s about the Holocaust.)

Ridiculous Prediction: Someone makes a Holocaust joke on stage.

Serious Prediction: Inside Out

Hah, you think they’re suddenly going to go away from the tried-and-true Pixar selection? Anomalisa is the only other film that can compete here and it has a puppet sex scene in it. Good luck to them.

Look, it takes a lot of effort to some how condense all of Michael Lewis’ non-fiction book about high-level economics into a movie that somehow also finds the time for Steve Carell to visit a strip club, Christian Bale to lose a glass eye, and Brad Pitt and his beard, but this one does it.

Ridiculous Prediction: The American government heeds the warnings of The Big Short and works to undo the damage of an unregulated banking industry.

This award is usually given to the good but not good enough film of the year. Which of course in this case is Spotlight. So, kudos Spotlight. Keep shining.

Ennio Morricone is your god.

Ridiculous Prediction: Clint Eastwood shows up to the ceremony wearing a poncho.

Serious Prediction: “Til It Happens to You” from The Hunting Ground

No, no, no idea. This category remains as a hilarious throwback to when movie musicals still mattered and the genius of the songwriter could make or break a movie. Now, they’re going to give an Oscar to Lady Gaga. 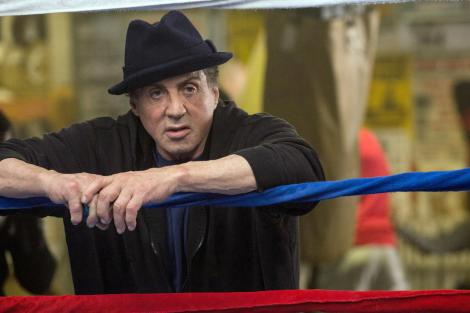 Mark Rylance was the sympathetic favourite here for awhile, but he’s known more for theatre and TV work. Stallone, on the other hand, is about as Hollywood as you can get. He wins.

Ridiculous Prediction: Stallone wins and then challenges all comers to an arm-wrestling competition. Winner gets his Oscar.

There’s something randomly energetic and aggressively middle-brow in Steve Jobs, but few have a problem with Winslet’s performance (even if her Polish accent seems to become more pronounced as the film goes on).

Ridiculous Prediction: Aaron Sorkin takes credit for the whole thing, but then blames others for why the film didn’t do as well as he feels it should have. It gets ugly.

Boy, Leo really suffered making this one, did you hear? Yeah, really went through hell, what with the cold and the wet and the living in nature. He’s a real hero.

Ridiculous Prediction: Since it’s a lock Leo is going to win, someone asks him pre-show what The Revenant is actually about and he is left dumbstruck.

I added the exclamation mark because you know what, this will be a great win. Room is my favourite film of the nominees and Larson’s performance produces the necessary gravity to keep you enthralled.

Ridiculous Prediction: Jack Tremblay throws a tantrum when it becomes clear his career may already be over.

It’s the one award he didn’t win for making last year’s Best Picture winner Birdman. So, naturally, Inarritu’s got the lead this time around. Plus, did you hear, it took a lot of work and struggle to get The Revenant made. Not sure enough people know about that.

Ridiculous Prediction: Ridley Scott and George Miller throw back their heads and laugh and laugh.

Yeah, it’s been a weird year for movies.

I know what the odds say, and I know what the narratives are, but there is something telling me that The Big Short, in all its sloppy glory, may upset the world on Sunday. If you’ve been trying to figure out why this Oscar season feels so weird, here’s why: There has been no strong narrative that has made complete and overwhelming sense.

Spotlight, which seemed to be the frontrunner for awhile, is way too small a film (and it feels more than a little like a TV movie). The Revenant has its suffering story, but it’s not about much more than itself — it’s a revenge western that strains at profundity. Mad Max: Fury Road is obviously too weird (and great). And the middlebrow movies (Brooklyn, Bridge of Spies and sure, The Martian) are just nice and good and entertaining. That leaves Room, which is even smaller than Spotlight, and much less star-powered, and The Big Short.

Now, The Big Short is not a perfect film. It gets lax in stretches, I’m not sure what movie Carell thinks he’s in, and Adam McKay is no one’s idea of an amazing director (even if he does manage to marshal this unwieldy material effectively). And yet, it has an urgency about it, a story to tell, and a relevance that feels especially pointed today. We know the Academy is a deeply, deeply out of touch organization. Which makes it eventually giving the Best Picture award to the movie about the effect even more out of touch organizations (banks, Wall Street) have had on every day Americans feel oddly right. (And of course, the film also is almost entirely white and male, so go figure.)

One response to “The Seriously Unserious 2016 Oscar Predictions”