It’s a distressing thing to realize you’re not watching as many movies as you once did. How did this happen, you wonder. Where is the time going? We’re coming to the end of June, past the midpoint of the month (and this very website’s fourth year anniversary) and you’ve only seen 13 new films in the theatre. Is this real life? Turning the perspective to the first-person: Yes, I suppose it is.

Now, to be fair, the first six months of the year are strange for the cinematic calendar. There’s a lot of schlock being released, then there are the festival films that tumble out across the schedule, and then you start getting those early summer blockbusters. There’s a mix of products for everyone, but satisfaction seems just out of reach. Maybe I should temper my distress.

So, acknowledging that there is only so much time to watch only so many movies, here are a few films — sort of a Top 5 — to consider from the past six months. It’s the annual tradition of the Same Page Midyear Movie Review. 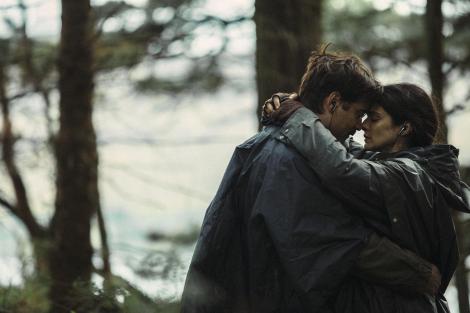 Yes, this film’s second half becomes something of a slog, and sure I actually saw it in September 2015 at TIFF, but still: Yorgos Lanthimos’ The Lobster remains one of those strange films that operates with a surety that stays with you. The setup is bizarre: Colin Farrell is at a hotel with 45 days to find a mate or he’ll turn into the titular animal. People at this resort do all kinds of weird things to find their soulmate. And the single people? Well, they’re left to fend for themselves in isolation — to be hunted down by the hotel guests, in fact — as societal loose ends.

There are wacky roles for John C. Reilly and Ben Whishaw, Lea Seydoux plays a freedom fighter of sorts. And where the film leaves poor Rachel Weisz is breathtaking. This is all par for the course for Lanthimos. He finds a “normal” thing and picks at it until the absurdity is exposed so fully you have to wonder: what the hell are we all doing here? You will recognize much of The Lobster, despite it being set in a world determined to be unlike our own. This is its most dazzling feat. 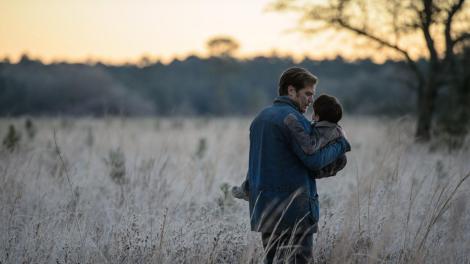 This film does not entirely succeed; it’s on a quest to be E.T. and gets lost somewhere along the way. But writer/director Jeff Nichols has such a command of the material, actors and look of the film that it’s easy to go along for the ride. Michael Shannon (doing his thing) and Joel Edgerton (ditto) race to get Shannon’s son Alton to a specific spot at a specific time. The kid’s got supernatural powers and what this means for the rest of the movie depends on who they are — the requisite g-men and zealots are in pursuit, plus Adam Driver.

The (at times frustrating) opaqueness of the storytelling softens the film’s emotional impact, and yet whether its an explosive action sequence at a gas station or a tight half smile on a grim face, Midnight Special has something to offer. 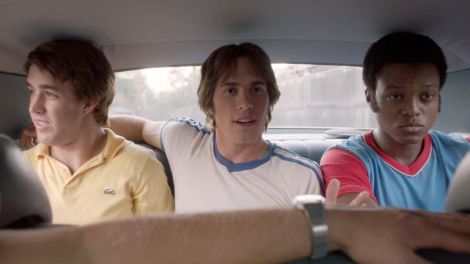 Just what the world needs, another movie about a bunch of dudes trying to have a good time. It would be easy to dismiss Everybody Wants Some!!, the latest from shaggy dog auteur Richard Linklater, as an exercise in vapid silliness. But that, as you should by now expect, misses the point. Everybody Wants Some!! guides you into an era and world that is somehow both pointedly specific (like, really specific) and welcoming. These are competitive and sometimes angry baseball bros, but they also come in peace. And while there are no familiar faces here actor-wise, the film’s types are recognizable. (There’s even a McConnaughey look-alike to strengthen its spiritual connection to Dazed and Confused.) It all goes down alright (alright, alright).

Linklater presents the film like one big sidebar, constantly sort of on the way to somewhere but always just gamely ambling along. There’s eventually a baseball scene here, but really Everybody Wants Some!! is a surprisingly smooth and affecting weekend-long trip into male dynamics, youthful idealism, and just straight up goofy fun. And you know what? That’s cool. Not every movie has to be a stressful two hours. 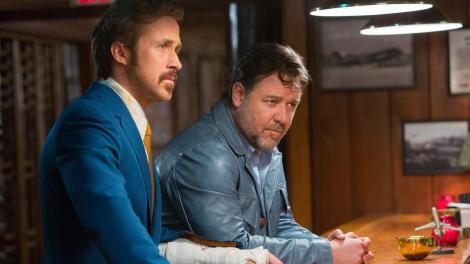 Speaking of a stress-free two hours, Shane Black knows how to entertain. There are few who can craft a film that is as wickedly punchy in both word and deed as his have been. Black is also the undisputed master of the buddy comedy — so much so that to call The Nice Guys a “buddy comedy” almost demeans it. For Black’s latest picture, he positions Russell Crowe as a prototypical heavy in control of the situation, and then saddles him (in the best way) with Ryan Gosling’s drunk bumbling private eye. 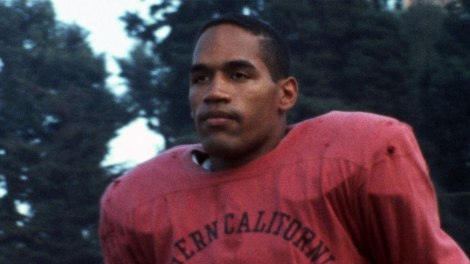 I didn’t see O.J.: Made in America in theatres. How could I? It’s seven and a half hours long. Over the past week I watched it as it aired on TV, one part (of five) at a time. Absorbing Ezra Edelman’s documentary this way in no way lessens its power. Despite being centred around a moment that occurred over 20 years ago, O.J.: Made in America is the document of our age.

O.J.: Made in America is not a whodunnit or a retrospective on the career of O.J. Simpson. Edelman’s film reaches for something even grander, twinning the fate of Simpson– star athlete, celebrity and, yes, probable murderer of his ex-wife Nicole Brown — with that of the city which created him, Los Angeles. It shows in turn how both O.J. and L.A. each shaped and were shaped by the other over a period of 40 plus years. The film goes from the USC college campus, to the NFL, to commercials, to Hollywood movie sets, to courtrooms, to jail, while also showing the ghettos of L.A., the history of wanton police violence, and the wheels of a criminal justice system that never seem to work in favour of the downtrodden. The film is a journey in more ways than one.

As someone who had very little interest in what was left to say about O.J., I came away amazed and troubled. That this documentary could come out in 2016 and still have so much to say about 1994, or 1965, or many other dates before, after or in-between, says all that’s needed. Wherever you decide to watch it, O.J.: Made in America is essential.