We’re into the final month of the “summer” movie season and it feels decidedly fair to summarize things thusly: not great, Bob. I don’t mean to sound too harsh, there have been some flicks out there worth watching — I enjoyed the doc Weiner over the long weekend, for example. But the big tentpole movies, the ones we usually set our calendars by, have been not just disappointing, but dispiriting.

August is a strange month for film. It’s when the few remaining “big” movies get released, some just pushed out the door in the hope that enough people will be bored. These are the films their parent studios are just a little unsure about. They could be good! They could be bad! They could be Suicide Squad (which is bad). But still, as always, I make the picks. 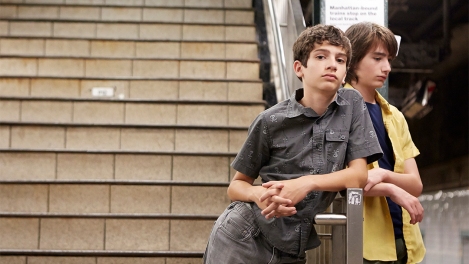 Little Men! Get it? They’re boys!

The first item mentioned in Ira Sachs’ latest slice of New York living is the central performances from the tiny humans in the title. According to the critical response, Theo Taplitz and Michael Barbieri are something to see. But I’d like to talk about Greg Kinnear for a moment. Despite being a guy who’s been around for awhile now — 25 years, in fact — with his insistent good looks and all-American charms, Kinnear never became a superstar leading man. Maybe that’s OK. He’s still turning up in little movies like this, and providing the kind of lived-in performances (he’s a struggling actor in this one) we need.

Speaking of superstar leading men, we may never fully understand what happened with Michael Keaton. Was it an era-thing with him? Was he hard to work with? Did he get too picky with his roles? Suddenly, after a decade plus in the wilderness, Keaton is back to leading man status, here playing the “founder” of McDonalds, Ray Kroc, in yet another sure-to-be solid performance. It’s a story I’m very curious to see translated to the big screen — and yet I know I’ll still be left asking: what happened to this Keaton for so long? 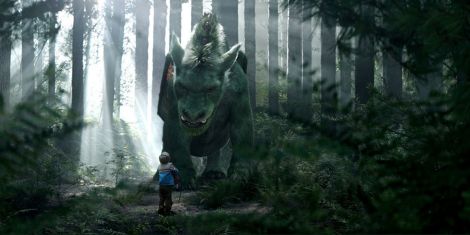 Pete’s Dragon! Get it? There’s a dragon!

We’re all adults here, right? Everybody cool? OK then, here it is: I got choked up while watching the trailer for Pete’s Dragon, the movie about a kid living in the wilderness alone but for his dragon. I don’t know if it’s the incredulous Robert Redford, or Isaiah Whitlock Jr. hanging on syllables, or Bryce Dallas Howard’s breathy invocation of a certain Iron Giant-vibe (“You might be the bravest boy I’ve ever known”), this thing just affected me. I’m ready for it. Are you?

Flip-side: I’m also ready for the movie with the cursing animated food. I’ve got to hand it to Seth Rogen and Evan Goldberg. There is no way they were not super-stoned when they came up with this idea and now… here we are: Sausage Party. Respect, guys.

Lo and Behold! Get it? They’re monks!

Winner: Lo and Behold, Reveries of the Connected World

Full disclosure: this new documentary from Werner Herzog, literal living legend, will probably not be out in Canada on this date. I just wanted to include it in here somewhere to get the word out, however minutely. Herzog documentaries are special things, they go into weird places and they encounter the edges of what we know in life (and, often, death). Here, Herzog — a guy who has decidedly not embraced our smart phone age — decides to study, huh, our smart phone age. I cannot think of a person on Earth better equipped for the task.

Admittedly, it is slim pickings usually in the late August period. People are tired and so are the films. War Dogs, starring Miles Teller (who I like) and Jonah Hill (who is tolerable), will probably not be good. It’s got too much of that glib Todd Phillips Hangover energy and not nearly enough of that incisive Martin Scorcese Wolf of Wall Street intelligence. I’m sure everyone involved will go balls to the wall for this one; I’m also sure they should have asked themselves if that was the right thing to do.

Hands of Stone! Get it? He’s a boxer!

If you see one boxing movie this year, let’s be honest, it’ll probably be Bleed For This, which is being positioned as an underdog awards hopeful. That’s fine, it’s got the young, up-and-coming Teller in it. But, alternatively, you could watch Hands of Stone, which has the non-young Robert DeNiro in it and tells the story of Roberto Duran — of “no mas” infamy — and features Usher (!) as Sugar Ray Leonard. Oh yeah, and Edgar Ramirez, a thoroughly underrated actor, is Duran. You can see two boxing movies in a year, it’s OK.

Runner-up: Southside With You

For the longest time, you would have been hard pressed to find movies showing romantic/sexual relationships between African-Americans. Sidney Poitier complained about this (rightfully so) for years. And while we sit here in 2016 with a lot of ugliness currently happening in the USA and elsewhere (Canada is not exempt), there are these little grace notes, pieces of art, that can show us how far we’ve come. Because it’s one thing to spend a day on a fictional filmed first date between to young Black people in America. It is wholly another when those two people are Barack and Michelle Obama. This movie won’t solve the world’s problems, but as with the outgoing president’s initial promise: it provides hope. Don’t Think Twice! Get it? They’re an improv troop!

Mike Birbiglia seems like a nice guy. His writing is nice, his stand-up comedy is nice, and now his movies — with Don’t Think Twice his second after the beautiful Sleepwalk With Me — are nice. I know “nice” sometimes comes as a loaded term meaning “boring,” but I promise that’s not the case here. Birbiglia’s brand of nice is inclusive, warm and understanding of the human condition. You don’t have to be in an improv troop (with all your comedic faves!) to get in on the joke. And you know what? That’s nice. Now here’s hoping this will actually come out in Toronto at some point over the next 26 days.

And with that, we are done with our What to Watch series for another year. Now, get out there and see something and we’ll regroup for 2017. (Oh yeah, and get ready for TIFF next month!)

One response to “What to Watch: Film Picks for August”