Starting in August, John Gaudes (@johngaudes) will write about a new release from the previous month and spin a mix from the artist’s influences and peers. We call it the SP Mix.

While his fame may be polarizing among rap purists, Lil B’s rise didn’t happen by accident. Meme culture moves too fast for the Berkeley rapper to have risen from it; “Damn, Daniel” kid isn’t around anymore for a reason. Despite his habit of creating viral content -– cursing Kevin Durant, writing a song about crying, releasing an album called I’m Gay — if you think of him as simply an Internet sensation, you’ve undersold him.

No, when Lil B rose in 2011 with a free-associating style and simplistic, web-friendly hooks (I’m Miley Cyrus / swag), there was an ace in his pocket: a new variation of the emerging trap sound. Trap was still sprouting at this time, an offshoot of late 90’s trip hop, which was being molded and changed by west coast producers like Flying Lotus. The next direction of trap was popularized by Lil B’s music, where the kick drums and hi-hats were buried in ambience, bass and reverb. The most prolific creator of this “cloud rap” sound was New Jersey producer Michael Volpe, better known as Clams Casino.

On Lil B tracks like “I’m God”, where he stretches Imogen Heap’s “Just for Now” into a gorgeous, rolling beat, Clams Casino created the “based” sound for a wide audience -– a beat that can stand alone as its own piece of music, a perfect carpet for Lil B to take dusty boots to. It allowed the rapper to imprint his own style, and begged others in the genre to do the same.

A$AP Rocky was next, formalizing atmospheric beats with a more typical rap style on mixtape LIVE.LOVE.A$AP. “Palace” and “Peso,” two Casino productions in late 2011, were the first mainstream successes to come out of A$AP Mob, which is now a factory of trap mega-hits. Other artists followed, and Clams Casino rolled out a steady, if not wholly prolific string of tracks.

As is the way, like-minded producers began to bite his sound and spin off their own forms of cloud rap. It has influenced the direction of many in Drake’s shadow, including Noah “40” Shebib and The Weeknd.

To help stake his territory, Casino has self-released his productions on instrumental mixtapes, a move that aligns him with a world where rap producers like Metro Boomin’ and DJ Mustard are just as popular as the rappers they produce for. The three tapes act as a precursor for 32 Levels, his debut LP on Columbia released this July. 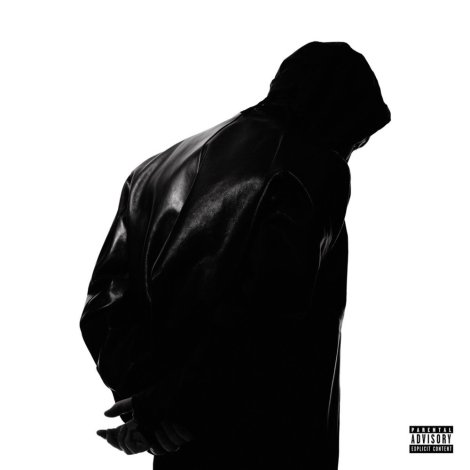 32 Levels is a tale of two halves. The first is stacked with rap features, and is much stronger than the second. Lil B and A$AP Rocky are present here, along with a free-wheeling Vince Staples verse on stand-out “All Nite,” providing tight, exciting verses over compressed productions. It’s a Coles Notes on the Clams Casino sound -– sometimes it’s better to read the book, but in a pinch, this is a good way to do your homework.

The back half, however, with a collection of sub-par R&B features that remove any edges from his beats, is mostly a disappointing collection of mismatched parts. This slog is especially notable on “Ghost in a Kiss,” which features Future Islands’ singer Samuel T. Herring. For Herring, such a distinct, likable voice in his genre (who’s been known to dance, of course), hearing him warble over a trap beat is downright ugly.

Standing apart in this muddy half, however, is “A Breath Away.” Kelela, like FKA Twigs on her own Casino-produced “Hours,” is tailor-made for a cloudy sound. Breathy vocals swim effortlessly through a stuttered, Middle Eastern-inspired beat –- somewhat of an adventure for Clams Casino, and a beautiful one at that.

While it’s a mixed bag, 32 Levels keeps Clams Casino out of the gutter of rap producers who roll out solo releases well past their prime. While his productions may have felt fresher five years ago, you can still appreciate the density and subtleties of this album. 32 Levels proves that, after helping to create a genre that’s become over-saturated, Clams Casino still has his own sound.

One response to “SP Mix: Clams Casino Stakes Territory on His Own Sound”