It’s here. The most wonderful time of the year! No, not the start of the school year, it is the opening of the 37th Toronto International Film Festival! Every year hordes of cinema lovers and industry people descend on the city to take in as much film as they can; or they just hustle around downtown looking for celebrities and parties, but whatever. Yes, there is nothing quite like TIFF time in Toronto. 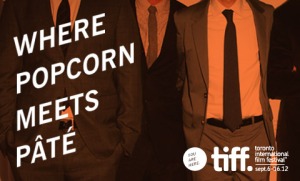 So clever, those TIFF guys.

My festival experiences over the past few years have varied. My first year I stood in line for hours just to grab tickets to three movies, while in later years I watched as many as three movies a day (I was unemployed). This year, for the second time, I will be involved with the festival as a volunteer, guiding people to the appropriate entrances and exits, ripping tickets and answering questions. It’s nothing fancy but still, once I had to block a hallway so that Francis Ford Coppola (I’ll try to keep name dropping to a minimum, I swear) could exit a theatre without being attacked. It was a big day. This will be my eighth year participating in some way in the festival so I figured I’d pass on some of my TIFF knowledge and advice while also briefly talking about some films I hope to see (rush line permitting).

Admittedly, my most anticipated films at TIFF are all largely films that will get a wider release later this year. The thing to understand about TIFF (and really, any film festival) is that it can be divided clearly along known and unknown quality lines. Yes, I realize this is a pretty basic and obvious distinction but it is a key philosophical difference between festival goers. On the one hand, TIFF premieres a lot of big name films that, while release in the coming months is guaranteed, are wildly exciting to see as soon as possible. This year I’d say P.T Anderson’s The Master tops my list, but there is also the new Terence Malick film To The Wonder (I’d link to a trailer here, but Malick, you know?) and Rian Johnson’s Looper, which was the surprisingly bold (non-Canadian, non-stupid hockey movie) pick for the festival opener. See what I mean? Known quantities.

The rest is all gambling. You may experience a true gem of a film out of nowhere (my favourite anecdote here is seeing Corneliu Porumboiu’s 12:08 East of Bucharest on a Sunday morning and having a ball), or get stuck with a real dog (example: an Egyptian film in the “Masters” series called Chaos. Yikes, there aren’t quote marks big enough to use here). Anyway, I don’t mean to scare you off. At the very least, you can take a 50/50 chance and see a new film from an established director who maybe hasn’t done any good work lately (e.g. it’s been a few years for Michel Gondry and a few decades for Bernardo Bertolucci). If you are completely at a loss, just do what I do: skim through the titles and website photos and, like blinding dropping your finger on a spinning globe, pick a film at random and go on a trip.

It has taken a few years but TIFF has gradually been migrating south. You may have noticed that old theatre warhorses the Varsity and the Cumberland (RIP) are no longer used as TIFF venues. These days the bulk of the screenings are actually done at the Scotiabank and Yonge/Dundas Theatres which, while not inspired venues, are at least functional.

Fortunately, with the TIFF Bell Lightbox complete, the crown jewel of the Toronto film scene is in place. For those that haven’t been, I recommend seeing a film there during the festival (and really, any time during the year). The three main auditoriums in the Lightbox are beautifully constructed, sound great and even have comfortable seats (a tad too comfy, if the movies gets dull).

Finally, and most distressingly, the lines. You are going to line up to get tickets, line up to see films, line up in an orderly fashion to exit theatres. The lines are out there. My advice is to see films with a friend or, failing that (and this comes from experience), bring a book. Actually, better yet, start up a conversation. The one unheralded TIFF feature is the level of film enthusiasm found throughout. In a typical line to see, I don’t know, the Bourne Legacy, nobody gives a shit about talking to anyone. But at TIFF, people literally can’t wait to tell you what they saw, what they are going to see and compare notes. And since everyone is trapped in the same lineup purgatory through out the ten day festival, what better way to pass the time then to gab about film?

To attempt to minimize your time spent in line (a fool’s errand, but humour me), my advice for grabbing tickets, if you didn’t already get a package, is to cruise the TIFF schedule and dig for any movies with tickets still available (there are still a lot). The TIFF website is no longer a bizarre and broken apocalypse and has actually grown much more effective than standing in lineups all day. Of course, you can forgo all of this and just crash straight into a rush line. If you arrive maybe an hour early or so you’ve got a good chance of getting into the film of your dreams (I’ve pulled it off three or four times. Such a daredevil). As I said before, it may still all be a gamble, but you could end up seeing something profoundly unique and moving. You never know. 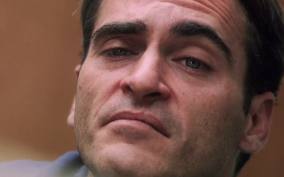 Skeptical? Believe me, it’s not that hard to see TIFF films.

We’ve got ten solid days of film ahead of us, people, and I only hope it is as thrilling as the time I gave Stan Lee directions to the Lightbox (sorry, last name drop. I couldn’t resist).