INT – DEEP INSIDE THE SAME PAGE BUNKER, SOMEWHERE IN THE HILLS OF WESTERN RHODESIA, OR POSSIBLY AT A 7/11 ON DUFFERIN: A REALIZATION[1]

Grant: So guys, you know the NBA Playoffs started on Saturday right?

Grant: Yeah. Saturday. Today is Monday! We missed it by two whole days!

Dagonas: I can’t believe we spaced on the day…

Reynolds: Come on, there were scheduling conflicts! The question is, what should we do?

Grant: I think we should just do it anyway.

Grant: Our comprehensive first round playoff preview of course!

Dagonas: Don’t you think people are previewed out?

Reynolds: … and is it still technically a preview if the playoffs already started?

Grant: Both of you shut up! You spaced on the day! I’m going anyway and you can’t stop me!

Reynolds and Dagonas (in unison): Godspeed.

Grant: What so I have to do this myself? You lazy fu-

Hey there folks! As many of you may have noticed, the NBA playoffs got started this past weekend. Due to our recent publication commitments and dedication to remaining scrumtrulescent, our NBA playoff preview got pushed back. So let’s get right to it before we waste any more daylight!

There are very few moments where I’m watching a basketball game or discussing basketball when I abjectly say ‘Man, I really just don’t care’! However, when they do happen, I’d say roughly 92% of them involve the Atlanta Hawks. It’s weird. I love Josh Smith and Al Horford and I enjoy terrible Kyle Korver defense as much as anyone. But the Hawks just don’t turn my crank. They’re going out in a good first round or a terrible second round series; that’s pretty much a lock. The Pacers are a terrible match-up for them, especially since the Hawks have lost both Lou Williams and the immortal Zaza Pachulia for the season. If Paul George has it going like he did in Game 1, this is going to be a quick series. If the Hawks can find a way to shut him down (read: put Josh Smith on him and also somehow motivate Josh Smith) this could series could go deep, but I still expect a Pacers victory.

Keys to the series: Paul George vs. Josh Smith and Al Horford vs. Roy Hibbert

Prediction: Pacers in 5 if George continues to run amok; Pacers in 7 if the Hawks can somehow figure out a way to slow him down.

What I thought would be one of my favourite series to watch has been totally watered down due to injuries. The Bulls Joakim Noah and Taj Gibson, two thirds of a devastating front court trio, are going to be either not playing or playing hurt through the series. Without Derrick Rose, that really leaves the ball in the Nets court. In their first season in Brooklyn, Deron Williams took some time to play up to his new max contract, but he eventually turned back into the player the Nets thought they were signing, from February on. Brook Lopez has emerged as a legitimate threat in the middle and Joe Johnson still gets up to sneaky Joe Johnson things. Unless Noah can get back to close to 100%, I think the Nets will wind up winning the series; as Papa Editor Reynolds mentioned in a conversation this past weekend, “If those guys (Noah and Gibson) aren’t playing, we’re going to be seeing a lot of Nate Robinson and Marco Bellinelli, and I think that pretty much says it all”. That said, the Bulls Tom Thibodeau is one of the league’s best X’s and O’s coaches and his teams always play hard, possibly because they are scared of him. Poor Kyle Korver. No wonder you went to Atlanta. After two games this series is knotted at 1-1, with the Bulls stripping the Nets of their home-court advantage by winning Game 2 in Brooklyn.

Keys the series: the health of Joakim Noah and Taj Gibson.

Prediction: Nets in 7. The Bulls will be a force to be reckoned with when a healthy Rose comes back next season, but despite my hopes and dreams of an Adam Banks-ian return by the point guard, it doesn’t seem likely.

Honey Nut Cheerios anyone? You thought we forgot! This series has a lot of historical connotations beyond whether or not Carmelo and KG can exist for a 4 to 7 game series without blood being shed. New York and Boston dislike each other at the best of times but these are two of the league’s oldest and most dedicated fan bases. A Celts team without its best player and seemingly on its way into a new phase, meets a rejuvenated Knicks team with the leagues reigning scoring champion, reigning Sixth Man award winner, veterans that can’t even be described as aged (as that wouldn’t properly describe their grey-beardedness), and a point guard who decided to be in shape! All that coupled with the fact that the Knicks have barely made any playoff noise since their last Finals appearance in 1999 and this makes for a tasty series.

The Celtics looked poised to pull off an MSG upset in Game 1 until they scored just 25 points in the second half (Eight points in the fourth quarter!) and looked every bit as old as they’ve been called out for being. I see the Celtics winning 1 or maybe 2 games at home out of pride, but a Knicks victory is inevitable.

Keys to the series: J.R. Smith needs to remain focused. He appears to be a new (ish) man but Avery Bradley will give him fits on defense and he needs to give up the rock if and when that happens or he could theoretically shoot the Knicks out of a half or even a game.

Prediction: Knicks in 6. I think this would go 7 if Rondo was in the series but I’d still probably be picking New York. I think they’re destined for a conference finals whupping at the hands of the Heat.

Fact: LeBron James, Dwyane Wade and Chris Bosh all averaged career highs in field goal percentage this season. That’s right. The defending NBA champions and one of the most devastating combinations of athletes on the planet decided to actually get smarter. In doing so, they’ve almost made the season a moot point.

Fact: Did you know Monta Ellis also set a record this season? And not just a personal one! He was the only player IN HISTORY to average 4 three point attempts per game in a season and hit less than 29% of them! 28.7% in fact. That’s quite literally in the upper echelon of atrocity. In Game 1, he actually shot 10 of 19 from the field, well above his 41% mark on the season. However, he was 1 of 6 from downtown while being guarded tenaciously by LeBron. And his team lost by 23 points. 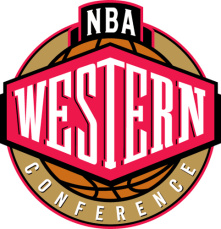 The Kobe Bryant injury has basically robbed the Lakers of any chance they might have had in this series. With an injured (but maybe not so injured!) Manu Ginobili and a banged up Tony Parker (who isn’t much of a defender anyway), Kobe could have had his way with the Spurs on the offensive end this series. Instead, the burden falls to Dwight Howard and Pau Gasol, who have actually started gelling relatively well late in the season.

However, the Spurs are still the NBA’s best coached team. Their passing and ball movement are otherworldly and they have the ageless Tim Duncan anchoring the paint. He’s joined by a much improved Tiago Splitter, a duo that handled the Howard/Gasol combo effortlessly in Game 1. They have sharpshooters around the perimeter in Danny Green, Matt Bonner and Kawhi Leonard. The Lakers counter that with Earl Clark, Jodie Meeks and Steve Blake. Yikes.

Keys to the series: If Howard plays well enough to consistently command a double-team, Gasol should be able to create on the offensive end. This is the only way the Lakers are going to have any success. A healthy Steve Nash would help too, but the Lakers have been saying that since November.

This series is basically this on a basketball court. In the scenario I envision, the Grizz are Happy, strong but haven’t  properly harnessed their rage as of yet. The Clippers are Barker, West Coast, slick and surprisingly tough. And Vinny Del Negro is the Joe Flaherty character, which means he will eventually drive into a television tower and set himself on fire, like at the 1:40 mark of this. Also, I assume he loves Red Lobster.

Keys to the series: Zach Randolph played poorly in Game 1 and was extremely average while in foul trouble in Game 2. He’ll need to be more efficient and effective down low if the Grizz are going to have a shot at knocking off Lob City when the series heads back to Memphis. Chris Paul vs. Tony Allen might be one of the most fun things to watch in basketball, but it does leave Mike Conley and Jerryd Bayless to guard Eric Bledsoe, which went poorly in Game 1, and Jamal Crawford, which went really badly in Game 2.

A popular narrative heading into this series was the notion of James Harden exacting some type of revenge on his old Thunder buddies, unleashing an ‘Eff-you’[2] for the ages and ultimately deciding the question of whether or not their trade of him was the wrong decision. That was the popular narrative. Sure nobody thought the Rockets would win, but a couple mid-forty point games from Harden? That was surely in the cards!

The reality is that this is the 1 versus the 8 seed for a reason. The Thunder are a tremendous all-around team with the type of perimeter athleticism and transition defense that Houston can’t hope to match. Game 1 was a bloodbath and I don’t expect the rest of the series to be any different. The Thunder are going to steamroll their way to the conference finals leaving nothing but wreckage in their wake.

Keys to the series: If the Rockets are even going to win a game, they’re going to need sublime shooting from their small-ball lineup, featuring Chandler Parsons and Carlos Delfino at the forward spots, along with Harden and Jeremy Lin in the backcourt. The problem is that when OKC unleashes Russell Westbrook, Thabo Sefolosha and Serge Ibaka, those Rockets are pretty much screwed.

Prediction: Thunder in 4. I’m more sure of this than any other series.

The fact that the Nuggets needed late game heroics from Miller to win Game 1 at home was slightly concerning for a squad that was red hot until they lost this guy. That said, the fact that they have such a great veteran on the bench (and one who is prone to being streaky) is a huge advantage for them over the Warriors bench, which is thin beyond the excellent Jarrett Jack.

Keys to the series: whichever team can defend better in transition is going to win this series. The Nuggets have Miller, Andre Iguodala and Wilson Chandler; the Warriors counter with Jack and a healthy (for now) Andrew Bogut. It’s really going to be a barn burner

Prediction: Nuggets in 7, but this is the anti-Thunder series. I really have no idea what’s going to happen and I can’t wait to watch.

Alright, it was a day late but it was most certainly not a dollar short! I’ll have to enlist some help for the next round, where I’ll be back to take the heat for any of my predictions that fell short, or more likely, brag about my prognosticating prowess! Enjoy the playoffs everyone!

And this, just because. 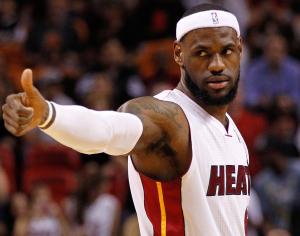 Daniel: Yeah, this will be great once it’s paired with your NHL Playoff preview next week, Chris.

[1] Conversation may not have actually happened.