“Rock and roll is a risk. You risk being ridiculed.” – Brendan, Sing Street

Sing Street is all about risks — in the film and outside of it. John Carney’s low budget flick probably has no business being as good as it is and yet there it stands, towering above almost every if not all other movies made this year so far as film quality goes.

So why has almost no one I know heard of it let alone seen it? Probably because it is an Irish-made film that saw limited release in North America and was marketed in a fashion that only dedicated film lovers would notice. But it is time, after its release on DVD/Blu-Ray/OnDemand last week, to pull Sing Street from the shadows and reintroduce it to the world if only because it is a movie that matters (something we have relatively few of these days). 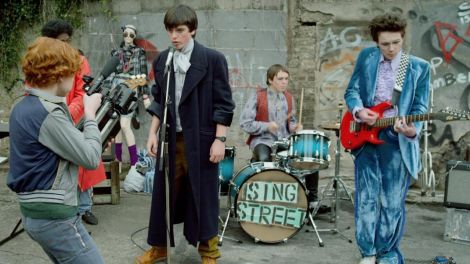 You can pretty much gather all you need to know about the basic plot of Sing Street via the film’s tagline: boy meets girl, girl unimpressed, boy starts band. A bildungsroman set in 1980’s Dublin, Carney’s creation follows a teenage boy named Conor (Ferdia Walsh-Peelo), whose life is seemingly taking one bad turn after another until he meets the instantaneous love of his life, Raphina (Lucy Boynton), who is plagued by her own assortment of issues. To impress her, Conor tells Raphina that he is in a band (he isn’t at the time) and that she would be perfect as the female lead in his music videos. When she agrees to join in, Conor hurries off to fling a ragtag band together and the adventure begins.

As stated earlier, Sing Street is about risks. Risks with love, risks with friendship, risks with family, risks with art, risks with music. And throughout, the film tells the viewer that it is okay, beneficial even, to take those risks. There are repercussions, however, to doing so, but the characters are ultimately rewarded whenever they leave the beaten path and make a bold move that has the lingering potential for disaster. In this, the film’s message is clear: there is no chance of getting anywhere if you do not pursue what you love or stop when the going gets tough.

For example, there is a headmaster character within the diegesis of the movie who is constantly trying to shut down Conor’s attempts at art and learning about himself. There are one or two disturbing scenes between these characters, but no matter what happens to him, Conor does not cease chasing what he loves and what he believes in.

It is important to note also that the film, while definitely showcasing a romantic view on what life can be, is, like any good bildungsroman, steeped in realism. Sing Street does not steer away from the issues of the 1980’s (issues that are still prevalent today) to make the story a sort of dreamlike utopia, instead choosing to give the viewer an up close look into prejudice, hate-speech and phobias of all kinds. This is not done distastefully, however, and suits the film’s needs perfectly.

While the constant reminders of reality tug at the the fabric of the film and at times crash in with breathtaking speed, it is admittedly the never-say-die attitude of Conor that makes Sing Street so incredibly charming and gives it a unique pathos.

With a world seemingly crumbling around him and broken characters at every turn, Conor’s ability to persevere makes him easy to cheer for. Right from the get-go, the film sets up the tough life Conor has led and continues to lead, making him vulnerable. At once, the viewer is invested and from then on, we smile, we cry, we feel a boiling anger whenever something happens to our beloved hero. 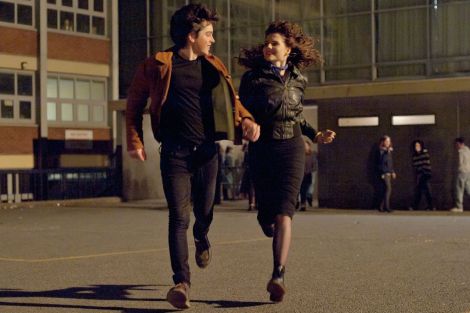 This is how protagonists are supposed to be.

Sing Street is not a musical, but it does contain a number of original songs that are performed by Conor and his band (which they dub Sing Street after the street their school is on) and a soundtrack that will make anyone who lived through the 1980’s (or who just loves the music of the decade) nostalgic. Music is undeniably the lifeblood of the film, and it runs fluidly from the opening scene, in which Conor is playing his guitar, to the finale, in which the score excites us as Conor drives a boat.

But what is it that makes this film great and not simply good? What would possess me to call this the best film of 2016 so far? For that question, I refer to the critic Andrew Sarris and his three concentric circles which he created in 1962. For Sarris, a director had to meet the criteria of each circle in order to qualify as an auteur. For our purposes, these circles also give Sarris’ insight into what makes a film great. The third of these circles is called Interior Meaning, and it is this idea that I personally prefer to use when engaging in the discussion of a film’s respectability.

Interior Meaning is, according to Sarris, what makes cinema an art. It is an élan of the soul; it is like someone is trying to speak to you through the film. In layman’s terms, when a film makes you feel something that few other things do (this notion works with all art) and you cannot seem to elucidate as to why, that marks its greatness.

We have all felt this with certain movies before. A few that have done this for me are Whiplash (2014), My Neighbour Totoro (1988) and Dead Poets Society (1989). It varies for everyone because art is ultimately subjective, but we all have love for some films because of a feeling we cannot explain.

In Sing Street, I believe the opportunity for that ambiguous feeling is everywhere. Perhaps for most it would come from the love story between Conor and Raphina, or maybe the songs themselves that the band sings. For me, this intangible moment of wonder comes from the relationship between Conor and his brother, Brendan. 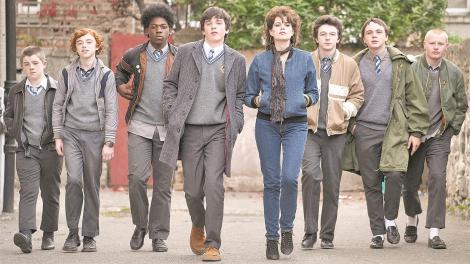 If you have a brother (or a sibling), you can relate well to this relationship. In many ways, it is typical: the older brother is the one who acts cool, who gives his sibling support but in a manner that is often worded harshly, whose love for his brother is enormous but difficult to express; and the younger brother who repeats things his sibling tells him, who constantly comes to his elder for advice, who seeks his brother’s approval.

But this relationship is far more layered than that. Brendan is one of the previously mentioned broken characters. He is a nobody who desperately wants to be a somebody, who wishes he could be what his brother is becoming. He is just as vulnerable as Conor, and his jealousy can often be off-putting. But he is also kind and supportive, and these conflicting aspects of his character explode in a couple wondrous scenes.

One of the moments of beauty, amazement and vigour comes at the end of the film which I shall not spoil. But it is the moment of the movie for me, it is what gives Sing Street the criteria to fit Sarris’ Interior Meaning category and make it a great film. It is gut-wrenching, tear-jerking and smile-inducing.

Allow me, if you will, to spoil one line from the film out of context.

At one point, Raphina tells Conor: “Your problem is that you’re not happy being sad. But that’s what love is, Cosmo. Happy-sad.” That is the pathos of this film. That is Sing Street. It is happy-sad. And it is excellent.

One response to ““Sing Street” Hits All the Right Notes”